Have begun purchasing farm goods, says China after resuming trade talks with US 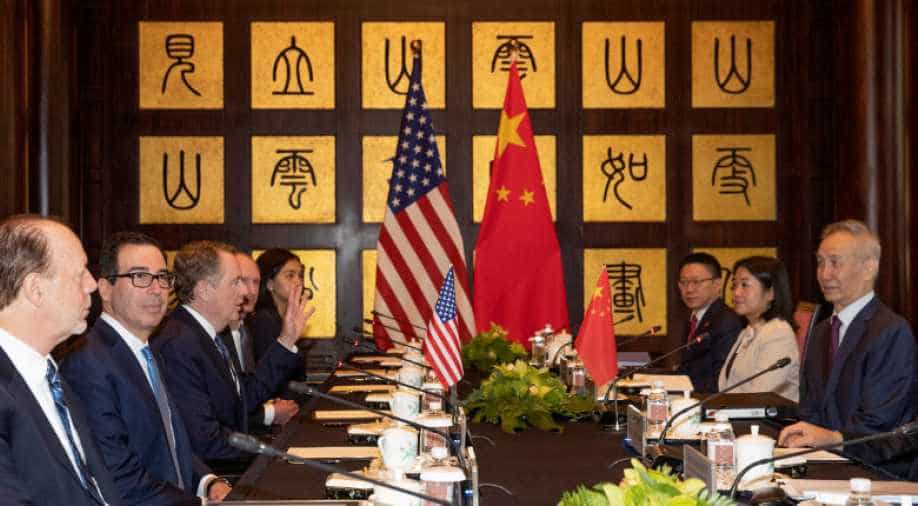 China said Thursday that it had begun purchasing more US farm goods as the two economic giants restarted thorny trade talks with face-to-face negotiations in Shanghai this week.

Companies "have already purchased some agricultural products," he added.

Earlier, White House had said Chinese officials had reiterated a promise to buy US farm exports, a sign of possible progress following negotiations.

"The Chinese side confirmed their commitment to increase purchases of United States agricultural exports," the White House said in a statement, offering hope to an American industry badly battered in the two countries' trade war.

The talks were "constructive" and a new round of negotiations is set to be held in Washington in early September, the statement said.

US and Chinese negotiators agreed to meet again in the United States in September after holding "frank" and "constructive" talks in Shanghai on Wednesday, state media said following meetings overshadowed by a Twitter tirade from President Donald Trump.

US Treasury Secretary Steven Mnuchin and Trade Representative Robert Lighthizer met with Vice Premier Liu He in the Chinese financial hub for the first face-to-face negotiations since a trade war truce was declared last month.

"The two sides conducted frank, highly efficient and constructive in-depth exchanges on major issues of common interest in the economic and trade field," according to the official Xinhua news agency, adding that the purchase of US agricultural goods by China was discussed.

Washington and Beijing have so far hit each other with punitive tariffs covering more than $360 billion in two-way trade in a row focused on demands for China to curb the alleged theft of American technology and provide a level playing field to US companies.