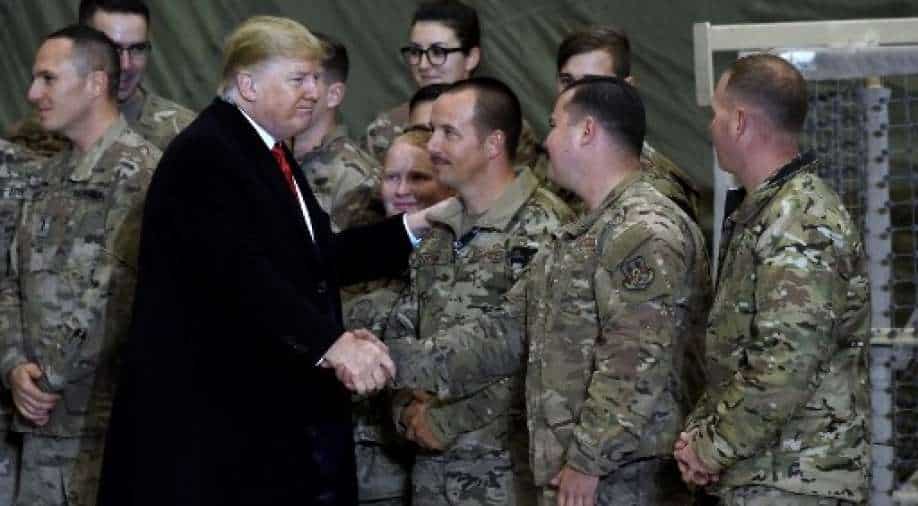 US Senate majority leader Mitch McConnell warned that troop reduction in Afghanistan and Iraq would result in a 'big propaganda victory' for the terrorists in the region.

Pentagon has reportedly announced US troop withdrawal from Afghanistan and Iraq and reportedly issued a "warning order".

Trump in a tweet had earlier said: "We should have the small remaining number of our brave and women serving in Afghanistan home by Christmas!"

Meanwhile, US Senate majority leader Mitch McConnell warned that troop reduction in Afghanistan and Iraq would result in a "big propaganda victory" for the terrorists in the region.

"The consequences of a premature US exit would likely be even worse than President Obama's withdrawal from Iraq back in 2011, which fueled the rise of ISIS and a new round of global terrorism," McConnell told the US Senate.

"It would be reminiscent of the humiliating America departure from Saigon in 1975," McConnell added. Former defense secretary Mark Esper who was fired by President Trump recently had reportedly insisted on keeping 4,500 troops in Afghanistan due to attacks by the Taliban.

"The spectacle of US troops abandoning facilities and equipment, leaving the field in Afghanistan to the Taliban and ISIS, would be broadcast around the world as a symbol of US defeat and humiliation, and a victory for Islamic extremism," Mitch McConnell who is believed to be close ally of Trump, said.

"It would hand a weakened and scattered Al-Qaeda a big, big propaganda victory and a renewed safe haven for plotting attacks against America," McConnell added.