Hanoi's Metropole hosting Kim-Trump summit has a storied past 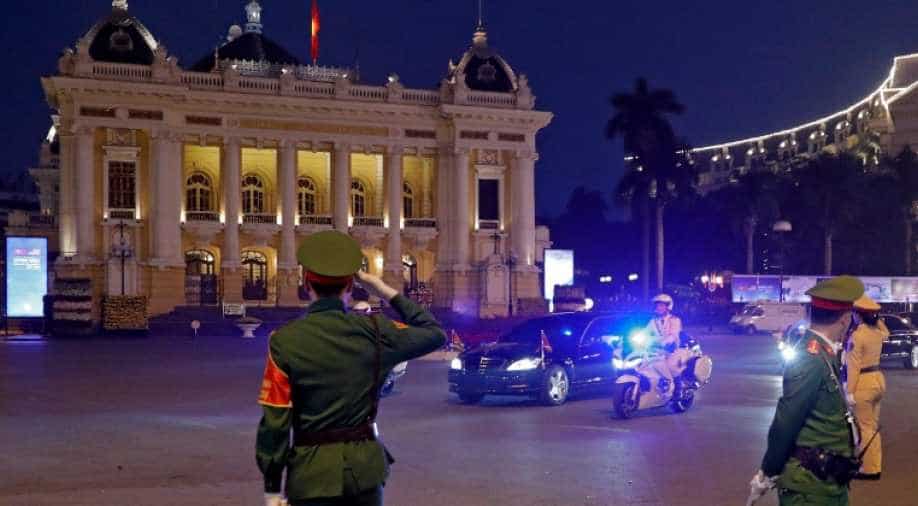 Opened in 1901 with funds from French investors, the complex soon became one of the meeting points for the colonial high society of that era, comprising majorly of the French authorities and local elites.

Hanoi's Sofitel Legend Metropole hosting the president of the United States and the North Korean leader for their second summit is one of the most iconic legacies of the French rule in Vietnam, not just for its architectural wonder but also for its storied past.

Ahead of the meeting between Donald Trump and Kim Jong-un, the luxury hotel was decorated with North Korean and Vietnamese flags and surrounded by dozens of security personnel who only allowed the hotel guests to use one of the entrances.

Opened in 1901 with funds from French investors, the complex soon became one of the meeting points for the colonial high society of that era, comprising majorly of the French authorities and local elites.

In a city that has in the last few years been transforming in giant strides, leaving behind its colonial architectural legacies, the hotel, with its distinctive white façade, is one of the few places in Hanoi where time seems to have stopped since the past century and more.

Soon after its opening, it became a favourite spot for celebrities who would visit the then capital Tonkon.

These include Charlie Chaplin, who in the year 1936, at the peak of his fame, spent his honeymoon at the hotel with actor Paulette Godard.

In 1951, British author Graham Green wrote a part of his most famous novel "The Quiet American" - which is set in southern Saigon - in of the rooms of the Metropole.

With the decolonization and partition of Vietnam into two states in 1956, the Metropole came under the dominion of the communist regime of the north and lost some of its charms to the other hotels in Saigon.

During the turbulent years of the war with the US, a bunker was built in its basement to protect guests from bombings.

In 1972, actor and peace activist Jane Fonda and singer Joan Baez stayed there at the time of air raids during Christmas and sang with a Vietnamese guitarist.

The bunker was forgotten for a long time until a secret passage of 40 square meters was found by chance in 2011 by some workers and was made into a tourist attraction for guests.

In the recent times, the hotel has hosted international dignitaries such as Trump, who stayed there during his official visit to the country in November 2017 and also actors Brad Pitt and Angelina Jolie, during their trip in 2006.