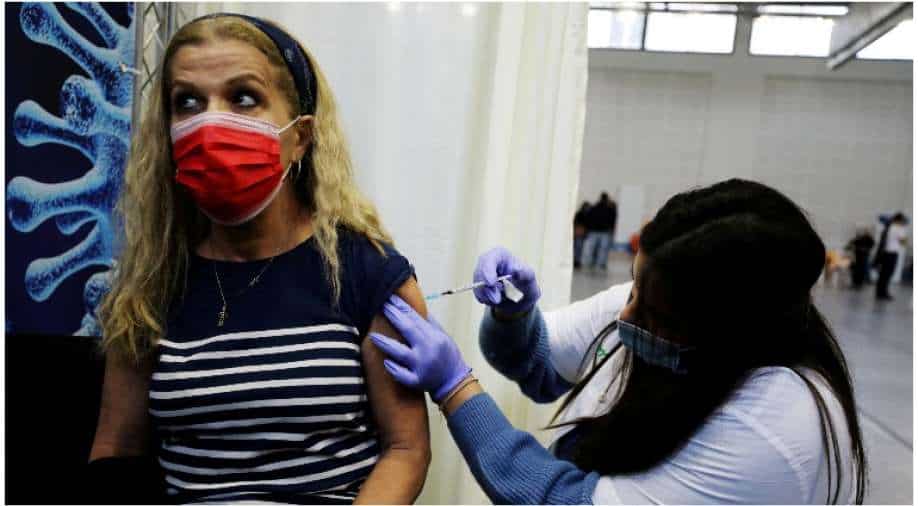 Israel Health Minister Yuli Edelstein said on Friday that 50 per cent of the country's population has received at least one jab of coronavirus vaccine. He added that 35 per cent have received the full two-dose course.

Israel counts East Jerusalem Palestinians, who have been included in the vaccine campaign that began on Dec. 19, as part of the 9.3 million population. Palestinians in the occupied West Bank and the Gaza Strip are not part of the Israeli campaign.

Israel PM Benjamin Netanyahu has set an aim of vaccinating all Israeli over the age of 16 by end of March when he is up for re-election.

He says that would allow for a post-pandemic reopening of the country in April.

But the Health Ministry has been worried by waning turnout for the Pfizer-BioNTech vaccine.

To counteract this, it has been limiting access to some leisure sites that have reopened to people who present a "Green Pass" on an app showing they have been fully vaccinated.