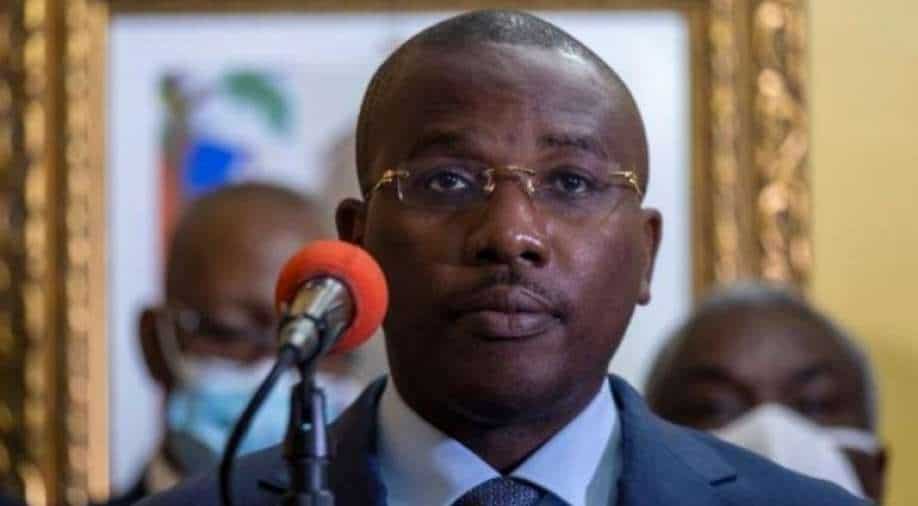 Haiti’s interim prime minister Claude Joseph will resign from his post in the wake of the July 7 assassination of president Jovenel Moise. As per a report, elections minister Mathias Pierre said, negotiations are still ongoing, but Ariel Henry, who Moise had designated to replace Joseph a day before he was killed, will lead the country

According to a top official, Haiti’s interim prime minister Claude Joseph will resign from his post. The move comes in the wake of the July 7 assassination of president Jovenel Moise.

Negotiations are still ongoing, but Ariel Henry, who Moise had designated to replace Joseph a day before he was killed, will lead the country, said elections minister Mathias Pierre as per a report.

Earlier, Martine Moise, the widow of Haiti's assassinated president Jovenel Moise, returned to the Caribbean nation for his funeral after she was treated in a Miami hospital for injuries sustained during the attack at their private residence.

Jovenel Moise was shot dead when assassins armed with assault rifles stormed his home in the hills above Port-au-Prince, tipping the country into uncertainty and sparking a frenzied investigation to identify the authors of the plan.

The Prime Minister's office tweeted a video of Martine Moise arriving back at the Haitian capital's Toussaint Louverture international airport, wearing all black clothing, donning a bullet proof vest and with her right arm in a sling.

Martine Moise had tweeted earlier this week while in Miami that she was still coming to terms with the killing of her husband and had thanked a "team of guardian angels who helped me through this terrible time."

Earlier on Saturday, the important Core Group of international ambassadors and representatives had urged "the formation of a consensual and inclusive government".

The Core Group is made up of ambassadors from Germany, Brazil, Canada, Spain, the United States, France, the European Union and special representatives from the United Nations and the Organization of American States.

"As Haiti faces serious dangers, the members of the group express the wish that all political, economic and civil society actors in the country fully support the authorities in their efforts to restore security throughout the country," it said.

The group also called for the organization of "free, fair, transparent and credible legislative and presidential elections as quickly as possible".