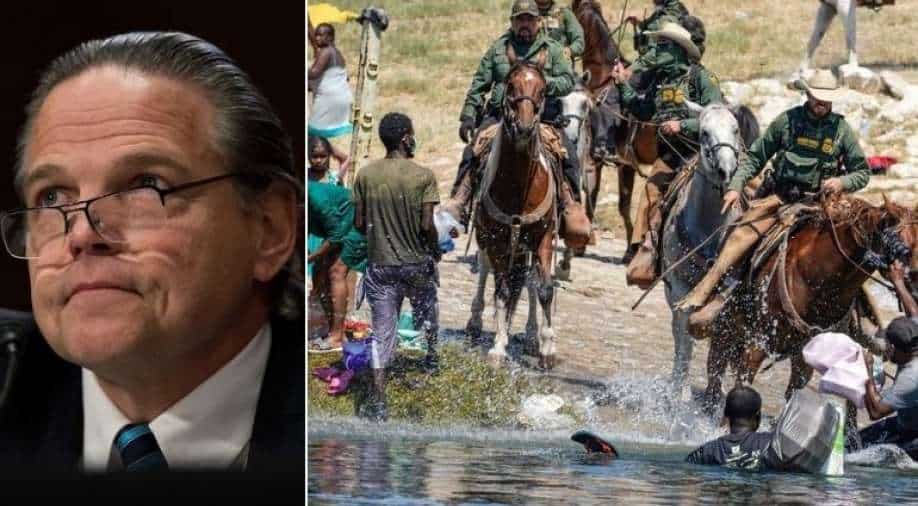 Haiti's US special envoy, Daniel Foote, has resigned over 'inhumane' treatment of Haitian migrants by US border patrol officials. White House spokeswoman, however, has lashed out at the envoy

The US special envoy for Haiti has resigned after social media platforms were filled with Haitian migrants being treated inhumanely.

Calling it a 'collapsed state', the senior diplomat Daniel Foote resigned as a sign of protest against the deportation of Haitian migrants.

The resignation came after people raised the issue of Haitian migrants being deported mercilessly from the US. Almost a week ago, the US started deportation flights from Texas border town.

This decision was taken after more than 13,000 migrants had gathered under a bridge in temperatures as high as 99F.

While the migrants tried to set up makeshift camps, the local officials were alleged of failing to provide basic food, safety and sanitation needs.

Foote has resigned in protest of these 'inhumane' conditions.

However, White House spokeswoman Jen Psaki has lashed out at the minister and alleged him of not raising these issues during his tenure. "Special Envoy Foote had ample opportunity to raise concerns about immigration during his tenure. He never once did so," she said in a press conference.

Meanwhile, the White House has also ordered a ban on horses being used by the Border Patrol in the area. The decision was taken after images and videos showed horse-mounted US border patrol officers beating migrants with horse whips while trying to stop them from crossing the border.