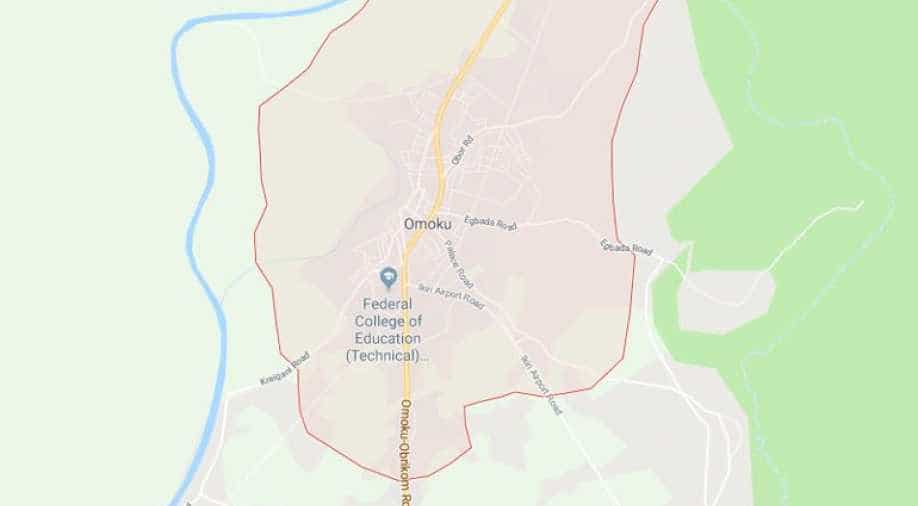 The shooting took place in the town of Omoku. (Image source: Google Maps) Photograph:( Others )

Gunmen killed at least 14 churchgoers returning from a midnight service on Monday in Nigeria's Rivers State, a police source told AFP, the latest violence to hit the oil-rich region.

"The gunmen opened fire on a set of worshippers at about 12:30 am on Monday," said Ugochi Olugbo, a relative of one of the victims who were attending a New Year's Eve service.

The shooting took place in the town of Omoku about 90 kilometres (56 miles) from the southern oil hub of Port Harcourt.

"Fourteen persons died on the spot, while 12 who sustained gunshot wounds were rushed to the hospital and are receiving medical attention," said a police source who asked to remain anonymous.

Rivers State police public relations officer Nnamdi Omoni said the number of casualties could not be confirmed at the moment.

"The commissioner of police, Ahmed Zaki, has also launched a manhunt for the bandits to ensure they are arrested and prosecuted," Omoni said.

Rivers State, a region blighted by poverty despite a wealth of oil, is home to several powerful gangs that often engage in violent turf wars.

Such gangs, known as "cults" in Nigeria, began as university confraternities decades ago before evolving into powerful armed groups that now rule the streets of the destitute region.