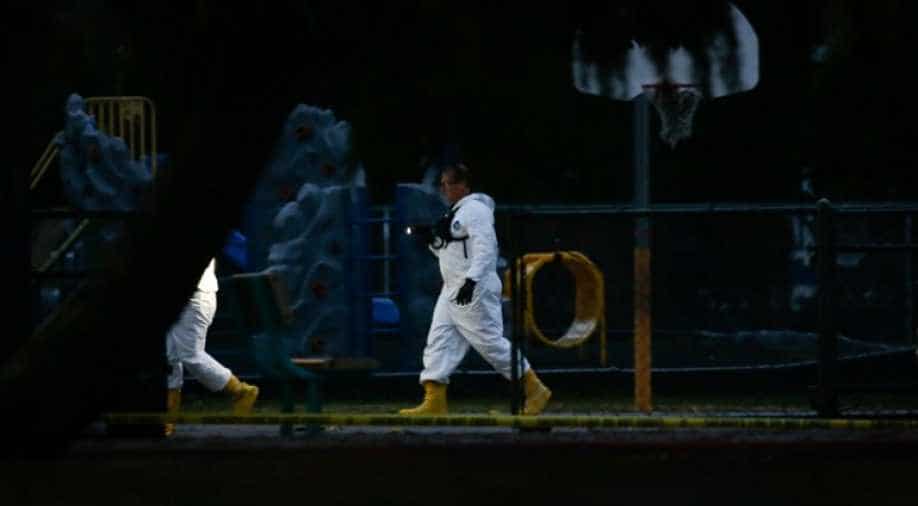 The gunman had crashed his car into a local school in Rancho Tehama firing indiscriminately as teachers and students scrambled to escape from the sudden shootout. Photograph:( AFP )

A gunman opened fire on a local elementary school in rural Rancho Tehama near Sacramento in California killing at least four people.

The man was killed after a firefight with police, media reports said. Police children were not among the dead and the motive for the assault was unclear but it could be linked to a domestic dispute.

The gunman had crashed into a local school in Rancho Tehama firing indiscriminately as teachers and students scrambled to escape from the sudden shootout.

The incident occurred around 8am, reports said. The gunman had a history of violence having been arrested for attacking the woman during a dispute in January, Tehama police official Phil Johnston said.

In fact, one of the four victims was a woman the gunman had previously been accused of stabbing.

"It was very clear at the onset that we had an individual that was randomly picking targets," Tehama County Assistant Sheriff Phil Johnston said at a news conference.

"This man was very, very intent on completing what he set out to do today," Johnston added.

Johnston told reporters that three weapons -- a semi-automatic rifle and two handguns -- had been recovered from the scene, AFP reported.

The gunman’s name has not been released.