An aerial photo taken on August 17, 2019 shows a view of the Apusiajik glacier Photograph:( AFP )

Almost 600 billion tonnes of ice was lost from the Greenland area during the summer of 2019 alone. In turn, this raised the global sea levels by almost 0.1 inches within a span of just two months.

These findings were published as part of a study in the Geophysical Research Letters.

This also coincided with the Arctic experiencing its hottest year ever. The ice has continued to melt from both the Amundsen Sea Embayment and the Antarctic Peninsula, reported the Daily Mail.

However snowfall in Queen Maud Land brought relief in the region. 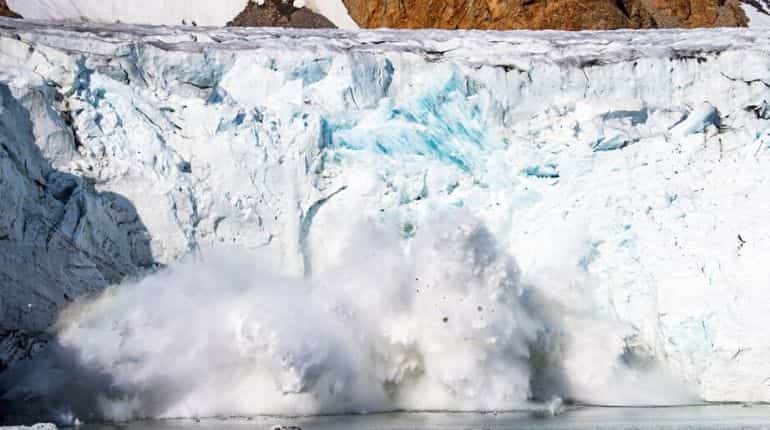 A picture taken on August 17, 2019 shows an iceberg calving with a mass of ice breaking away from the Apusiajik glacier, near Kulusuk (aslo spelled Qulusuk), a settlement in the Sermersooq municipality located on the island of the same name on the southeastern shore of Greenland | AFP

“We knew this past summer had been particularly warm in Greenland, melting every corner of the ice sheet, but the numbers are enormous”, said Isabella Velicogna of the University of California, Irvine, one of the authors of the paper.

Last summer, Greenland lost ice twice as much as it did every year in the period between 2002-2019. During this period, the country lost 4,550 billion tonnes.

According to Velicogna, the loss of mass in Antarctica continues on, which could cause further rise in sea levels. However, a mass gain has also been observed in East Antarctica, triggered by snowfall.

The GRACE satellites operate as a pair, and have successfully been able to measure the changes in Earth’s gravity between March 2002 and October 2017. 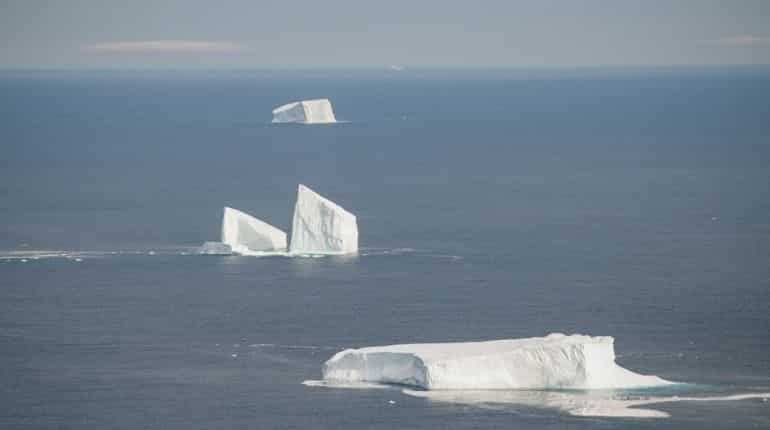 An aerial photo taken on August 15, 2019 shows icebergs as they float along the eastern cost of Greenland near Kulusuk (aslo spelled Qulusuk) | AFP

The satellites have been able to operate for 15 years longer than expected.

Besides giving insight into the loss suffered by polar regions, the data from the satellites have enabled researchers and scientists to map out and measure the water reserves available on Earth. These include groundwater and polar ice.

Additionally, the data has also helped in understanding the global rise in sea levels.

The GRACE-FO craft, successor to the GRACE operation was launched in May 2018 and uses an experimental laser device to understand and compare the recordings of two satellites.

This has helped Velicogna and their team in gathering accurate data.