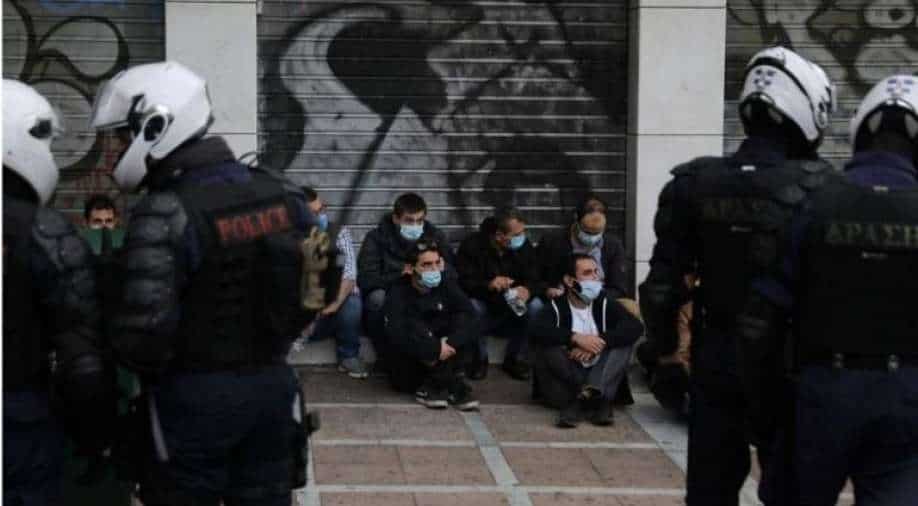 Around 100 people were arrested Sunday in Athens at banned marches to mark the 12th anniversary of the police killing of a teenager, Greek police said.

Scores of students, trades unionists and leading politicians on the left defied a ban on gatherings of more than four people that had been imposed to curb the spread of the coronavirus.

They were paying tribute to 15-year-old Alexandros Grigoropoulos on the 12th anniversary of his shooting death at the hands of police in the Exarchia district of the Greek capital.

The annual march has frequently been marred by violence in the past.

Police broke up a similar demonstration in front of the Greek parliament on Friday.

The officer who killed Grigoropoulos was convicted of homicide and given a life sentence, but then released in 2019, a decision that the dead teenager's family are appealing in the courts.

The country erupted at the time of his killing with students, left-wing activists and others taking part in increasingly large protests that were also marked by vandalism and looting.

The conservative government has extended anti-Covid lockdown rules to December 14, a decision the leftwing opposition has criticised as a cover for imposing increasingly heavy-handed security measures.

A November 17 demonstration commemorating the 1973 uprising against the colonels' junta was violently broken up.

On November 25, the International Day for the Elimination of Violence against Women, five activists were arrested for unfurling a banner in outside parliament.