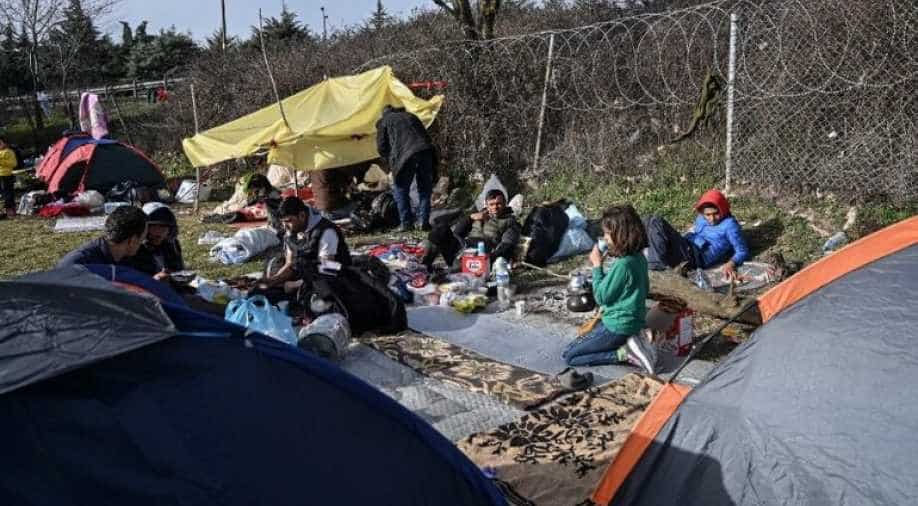 Some 37,000 asylum seekers remain on the outposts in vastly overcrowded conditions that have been deplored by human rights groups.

Greece fears a fresh standoff on its border with Turkey after the Turkish foreign minister suggested migrants and refugees would shortly return to the frontier as the two countries emerge from coronavirus lockdowns.

Mevlut Cavusoglu, foreign affairs minister of Turkey, ''due to the pandemic, the movement of migrants has slowed down. But they will definitely want to leave after the outbreak is over.''

The statement set off alarm bells in Athens, where analysts are increasingly voicing fears of an iteration of the crisis that erupted earlier this year when the Turkish president, Recep Tayyip Erdoğan, declared the doors to Europe were open and migrants free to cross into Greece.

After a hiatus of almost three months, Greek authorities reported several boats of men, women and children landing on the shores of Lesbos last week.

Some 37,000 asylum seekers remain on the outposts in vastly overcrowded conditions that have been deplored by human rights groups.

As a precautionary measure against coronavirus, Turkey sealed its north-western land frontier, demarcated by the Evros River in mid-March, but only after weeks of chaos and high drama in which thousands attempted to cross the border amid a hail of rubber bullets and teargas fired by elite forces on either side.

Previously, Greece on Sunday dismissed reports that Turkish soldiers had occupied a strip of Greek territory in the Evros border region, where Athens is expanding a fence to keep migrants out.