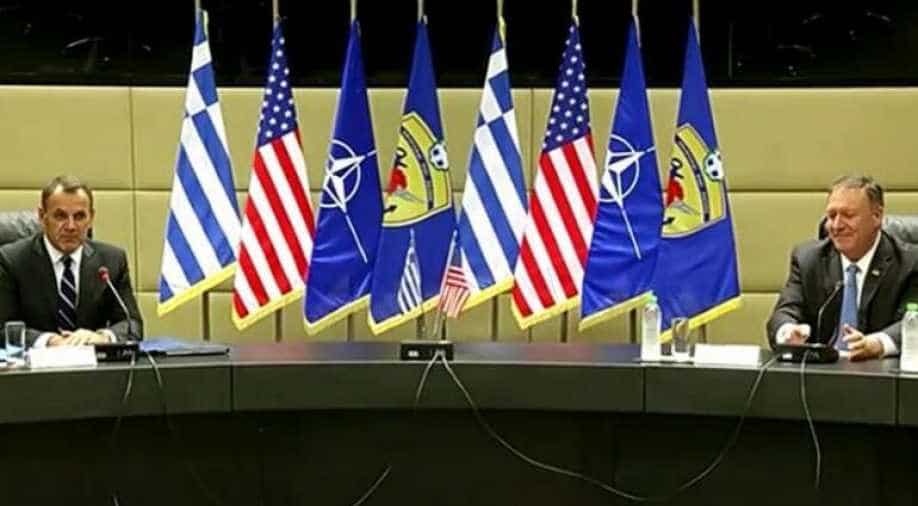 United States Secretary of State Mike Pompeo met with defence and foreign ministers in Greece on Saturday as the US seeks to enhance defence cooperation with the Mediterranean country.

Greece and the United States signed an amendment of the Mutual Defence Cooperation Agreement, which will "enhance our common military and strategic footprint in the area, always to the benefit of regional security and stability," a statement from the Greek Prime Minister's office said.

The United States uses the Souda Bay facility in Crete for naval and air support. Greece contributes to NATO operations in Afghanistan and Kosovo.

Greece asked the United States to use its influence to defuse tensions in the Eastern Mediterranean, where Cyprus and Turkey are locked in a dispute over offshore rights.

Pompeo's trip to Southern Europe has been overshadowed by an impeachment enquiry at home against US President Donald Trump.