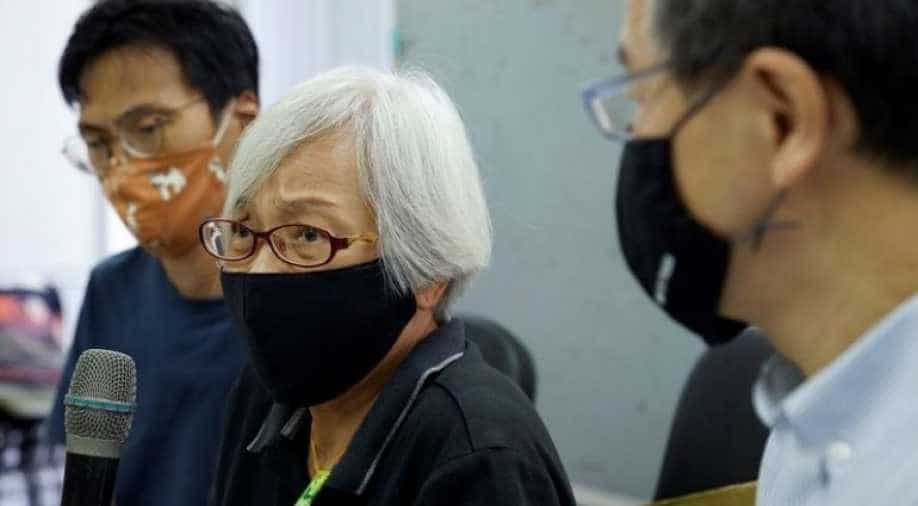 A 64-year-old Hong Kong pro-democracy activist Alexandra Wong is back in Hong Kong after a long period of nearly 14 months.

Popularly known as 'Grandma Wong', the activist had gone missing 14 months ago and she has alleged that she was detainedon the Chinese mainland for these past 14 months.

Wong claims that she was forced to renounce her activism in writing and was also asked to record a video stating that she was on a "patriotic tour", and was not being tortured.

She made all these claims in a press conference held in Hong Kong on Saturday. She said that she was detained the Chinese authorities along the border at Shenzhen, the mainland metropolis where she has lived for 14 years. The incident happened after she participated in a protest in August.

Wong said she was held by Shenzhen authorities for "administrative detention" and "criminal detention" for a total of 45 days, without knowing what charges she was facing.

"I was afraid I would die in the detention centre," she said.

She said she was forced to write a confession stating that her activism has only caused harm and was warned to not talk to the media or participate in any rallies/protests. "The worst thing I did in my life is to write that confession... but I had nothing to bargain with," she said.

After the confession, she was sent on a "patriotic tour" of Shaanxi province, where she had her picture taken holding the Chinese flag, and sang the national anthem.

"I have no courage to step in Shenzhen again, at least for now, unless there is a radical change in the political situation," Wong said.

However, she also added that she will not give up this fight and will continue to raise her voice for democracy in Hong Kong. "I won't give up fighting," Wong said. "After all, there will be sacrifice, otherwise... the authoritarian system wouldn't be changed."