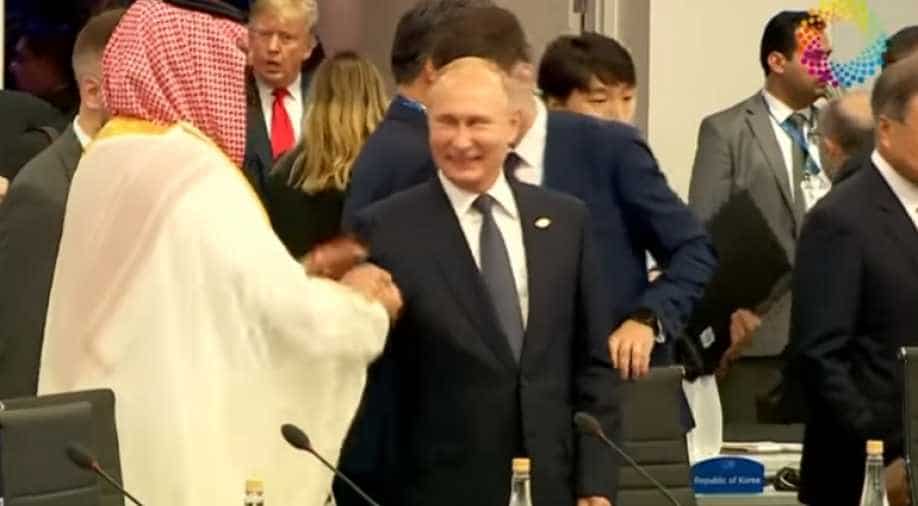 He also said that Russia is interested in continuing relations with the OPEC and non-OPEC group of oil producers, and that Putin and Crown Prince Mohammed bin Salman discussed this issue at their meeting.

While the world leaders at the G20 summit in Buenos Aires, Argentina did not pay much heed to the Saudi crown prince Mohammed bin Salman, Russian President Vladimir Putin on Friday exchanged a high-five with him on the first day of the summit.

Putin who took the seat next to the Crown prince at the plenary session at the G20 Summit laughed heartily with him while exchanging the high-five.

Putin's friendly behaviour towards the crown prince contrasted sharply with that of other leaders at the summit who sidelined the crown prince over the suspicious killing of Saudi journalist Jamal Khashoggi at the Saudi consulate in Istanbul in October.

Prince Mohammed was also sidelined during the official "family photo" of world leaders at Friday's gathering. He then quickly exited the stage without shaking hands or talking with the other leaders.

There has been rising furore regarding a Central Intelligence Agency (CIA) report that hints at Salman's hand in Khashoggi's killing. The US president has refused to confirm the findings, while continuously reiterating the importance of having Saudi Arabia as an ally.

Russia has also refrained from criticising Saudi Arabia or the crown prince over the killing. Putin said in October he lacked information about the matter and said Russia would not tear up its relations with Saudi Arabia because of it.

However, Moscow has also fostered strong ties with Saudi Arabia's regional arch-foe Iran. Russia and Iran back President Bashar al-Assad in Syria's civil war, while Saudi Arabia along with Western countries has backed some rebel groups.