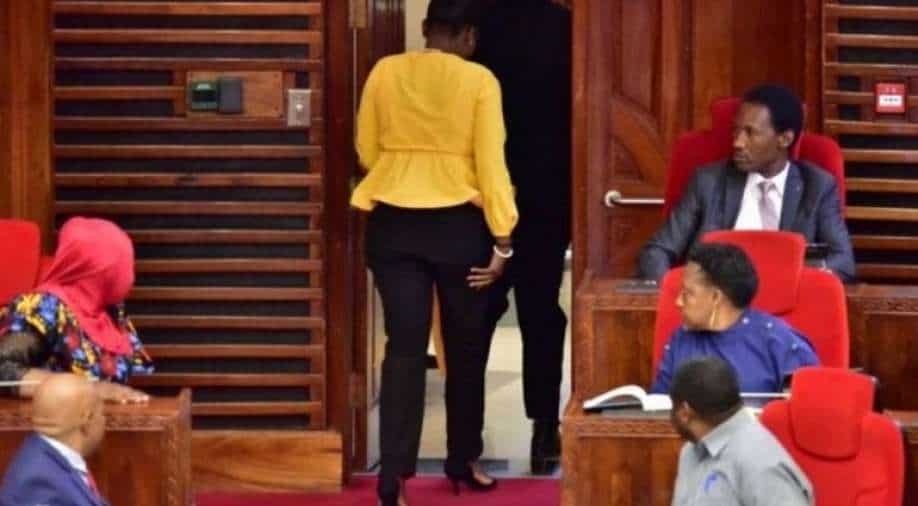 Women lawmakers in Tanzania have called for an apology to a Member of Parliament who was told to leave the National Assembly because of her tight-fitting trousers.

Condester Sichwale, a female Tanzanian lawmaker, was expelled from parliament on Tuesday for wearing "strange" clothing.

Following a protest about her dress from another legislator, Hussein Amar, she was thrown out by Job Ndugai, the speaker of the house.

Ndugai said this after a male MP said, "Some of our sisters are wearing strange clothes...What are they showing to the society?"

Speaker of Parliament Job Ndugai threw her out for wearing 'non-parliamentary attire'.

Hussein Amar argued that the parliament was a reflection of society, citing a portion of the parliament's rules forbidding female legislators from wearing tight jeans.

Speaker Job Ndugai said that this was not the first time he had received a complaint regarding the clothing of female Members of Parliament, and instructed chamber orderlies to refuse access to anyone who was dressed inappropriately.