Go back to your bunker: Mayor Jenny Durkan to Trump over Seattle protests 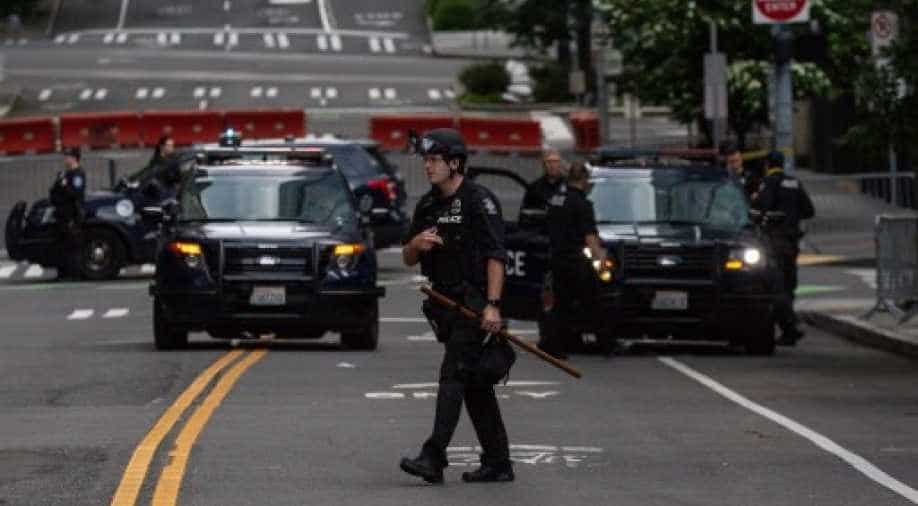 Seattle's East Precinct has been vacated by police and surrounded by the so-called "Capitol Hill Autonomous Zone" Photograph:( AFP )

Seattle mayor Jenny Durkan said "it is unconstitutional and illegal to send the military to Seattle" after US President in a tweet said "take back your city now. If you don’t do it, I will."

Mayor Jenny Durkan asked Trump to "make us all safe. Go back to your bunker" after the US president threatened to intervene over Seattle protests.

I also want to be clear as I have stated publicly previously – it is unconstitutional and illegal to send the military to Seattle. We will not allow this to happen.

Protesters on Thursday had set up "Capital Hill Autonomous Zone" after anti-racism demonstrations erupted in the city over George Floyd's death. The autonomous zone comprising of six blocks has virtually no police presence, according to reports. The protesters had also stormed the city hall while calling for defunding of police.

It's clear @realDonaldTrump doesn’t understand what’s happening on five square blocks of our City. Cal Anderson and Capitol Hill has for decades been a place for free speech, community, and self expression.

Trump warned Mayor Jenny Durkan and Governor Jay Inslee in a tweet that protesters were "domestic terrorists" who had taken over Seattle.

"This is not a game. These ugly Anarchists must be stooped immediately, move fast," the US president told the two Seattle Democratic leaders.

Radical Left Governor @JayInslee and the Mayor of Seattle are being taunted and played at a level that our great Country has never seen before. Take back your city NOW. If you don’t do it, I will. This is not a game. These ugly Anarchists must be stopped IMMEDIATELY. MOVE FAST!

Governor Jay Inslee too lashed out at the US president, saying: "A man who is totally incapable of governing should stay out of Washington state's business. 'Stoop' tweeting."