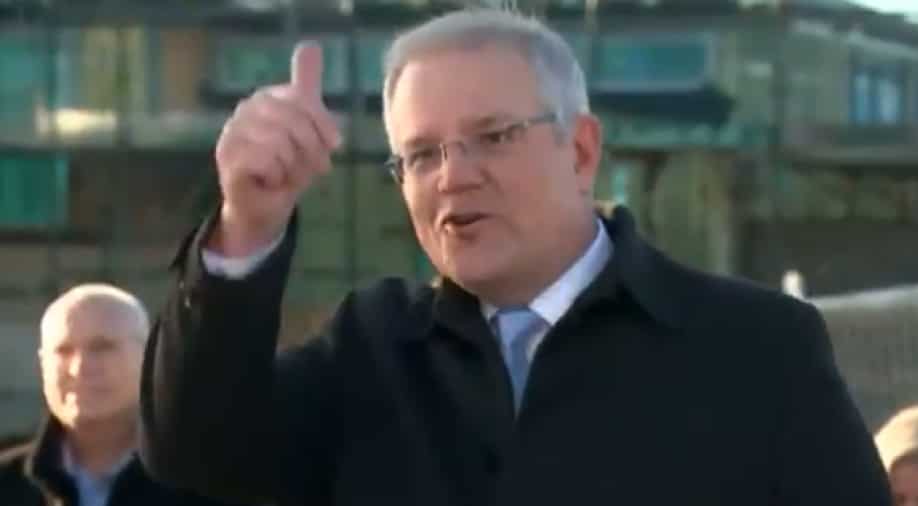 It's still unclear though if the local resident actually knew "who" he was commanding to move on. But guess, there's nothing wrong in having pride in a newly reseeded lawn.

A press briefing by Australian Prime Minister Scott Morrison conducted to announce a new stimulus package turned comical for a few minutes on Thursday when he and reporters were told by a homeowner to get off a newly reseeded lawn.

Morrison travelled to a housing construction site in Googong, 28 km (17 miles) south of Canberra to announce his government would spend nearly A$700 million ($480 million) to support an Australian construction sector hit hard by the coronavirus pandemic.

But as he spoke about the package supporting the "Australian dream" of home ownership, he was interrupted by a local resident.

"Can everyone get off the grass please," an unnamed local shouted at Morrison and the travelling press contingent. "Come on, I've just reseeded that."

Morrison quickly obliged, giving the man a thumbs up and an "all good".

It's still unclear though if the local resident actually knew "who" he was commanding to move on.

But guess, there's nothing wrong in having a little pride in a newly reseeded lawn.

Nothing wrong with having pride in your lawn... @9NewsAUS #auspol pic.twitter.com/mQ5eqBmnvC

Talking of coronavirus, Australia has suffered far fewer coronavirus cases than most other nations but its economy is facing its first recession in almost three decades despite billions of dollars in government support.

Morrison’s handling of the pandemic has helped his popularity soar, according to a Newspoll survey conducted for The Australian newspaper released last month.