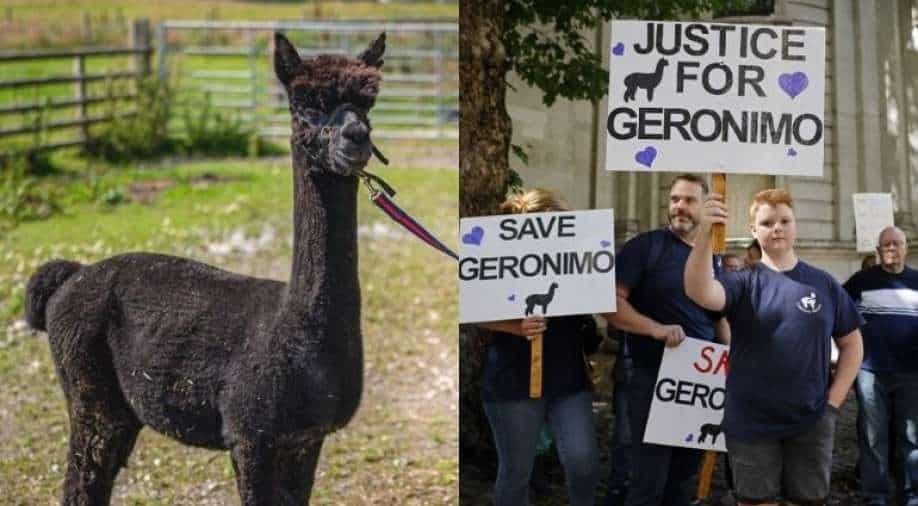 Geronimo the alpaca, who has been at the centre of a legal row with the UK government, has been euthanised.

Geronimo was put down by staff from the Animal and Plant Health Agency (APHA) after he recorded two positive tests for bovine tuberculosis (TB) and his owner lost multiple court bids to prevent his destruction.

The alpaca's fight for life has been headline news in Britain and more than 140,000 people from around the world had signed a petition addressed to Prime Minister Boris Johnson to stop Geronimo's destruction.

However, the Department for Environment, Food and Rural Affairs insisted its tests are "highly specific and reliable" and that Geronimo must be put down to control the spread of bovine TB.

UK's chief veterinary officer Christine Middlemiss said "This is a terribly sad situation and our sympathies remain with all those affected by this devastating disease."

"No one wants to have to cull infected animals if it can be avoided," she added.

"But we need to follow the scientific evidence and cull animals that have tested positive for TB to minimise spread of this insidious disease and ultimately eradicate the biggest threat to animal health in this country."

Helen Macdonald, who imported Geronimo in 2016 from New Zealand to her alpaca farm in western England, took the government to court, arguing that the test results were likely false positives.

"I am absolutely disgusted by this government. These are barbaric actions," she said.

Meanwhile, a Downing Street spokesman said: "It's obviously highly distressing for someone to lose animals to TB and that's a situation that farmers sadly have to face.

"Our sympathies are with Macdonald and any others that are affected by this terrible disease."

A post mortem examination will now be undertaken by APHA veterinary pathologists, followed by a bacteriological culture of selected tissue samples which can take up to three months, the government said.