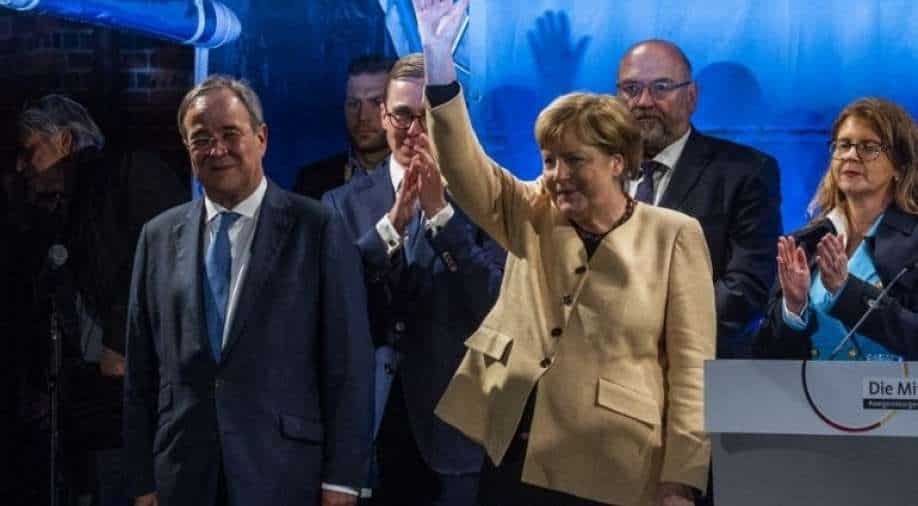 Four years ago the Alternative for Germany, or AfD, arrived in the German Parliament like a wrecking ball, the first far-right party to win a place at the heart of Germany’s democracy since World War II

They promised they would “hunt” the elites. They questioned the need for a Holocaust memorial in Berlin and described Muslim immigrants as “headscarf girls” and “knife men.”

Four years ago the Alternative for Germany, or AfD, arrived in the German Parliament like a wrecking ball, the first far-right party to win a place at the heart of Germany’s democracy since World War II. It was a political earthquake in a country that had once seen Hitler’s Nazi party rise from the fringes to win power in free elections.

As another election looms on Sunday, the worst fears of many Germans have not come true: Support for the party has dipped. But neither have the hopes that the AfD would disappear from the political scene as suddenly as it appeared. If Germany’s fate in this election will not be settled by the far right, political analysts say, Germany’s future will partly be shaped by it.

“The AfD is here to stay,” said Matthias Quent, professor of sociology at Magdeburg University of Applied Sciences and an expert on the far right. “There was the widespread and naïve hope that this was a short-lived protest phenomenon. The reality is that the far right has become entrenched in the German political landscape.”

The AfD is polling at roughly 11%, just below its 2017 result of 12.6%, and is all but guaranteed to retain its presence in Parliament. (Parties with less than 5% of the vote do not get any seats.) But with all other parties refusing to include the AfD in talks about forming the next governing coalition, it is effectively barred from power.

“The AfD is isolated,” said Uwe Jun, a professor of political science at Trier University.

Yet with Germany’s two main parties having slipped well below the 30% mark, the AfD remains a disruptive force, one that complicates efforts to build a governing coalition with a majority of votes and parliamentary seats. Tino Chrupalla, one of the AfD’s two lead candidates in the election, believes that, eventually, the firewall other parties have erected against his party will crumble — most likely starting in one of the states in the former communist East that is currently its power base.

“It’s not sustainable,” he said. “I’m confident that sooner or later there is no way without the AfD,” he told reporters this past week. “It will certainly start on the state level.”

Founded eight years ago as a nationalist free-market protest party against the Greek bailout and the euro, the AfD has sharply shifted to the right.

The party seized on Chancellor Angela Merkel’s decision to welcome over 1 million migrants to Germany in 2015 and 2016, actively fanning fears of Islamization and migrant crime. Its noisy nationalism and anti-immigrant stance were what first catapulted it into Parliament and instantly turned it into Germany’s main opposition party.

But the party has struggled to expand its early gains during the past 18 months, as the pandemic and, more recently, climate change have shot to the top of the list of voters’ concerns — while its core issue of immigration has barely featured in this year’s election campaign.

The AfD has tried to jump on the chaos in Afghanistan to fan fears of a new migrant crisis. “Cologne, Kassel or Konstanz can’t cope with more Kabul,” one of the party’s campaign posters asserted. “Save the world? Sure. But Germany first!” another read.

At a recent election rally north of Frankfurt, Chrupalla demanded that lawmakers “abolish” the constitutional right to asylum. He also told the public broadcaster Deutsche Welle that Germany should be prepared to protect its borders, “if need be with armed force.”

None of this rhetoric has shifted the race, particularly because voters seem to have more fundamental concerns about the party’s aura of extremism. Some AfD leaders have marched with extremists in the streets, while among the party’s supporters are an eclectic array of conspiracy theorists and neo-Nazi sympathizers.

The AfD has not been linked directly to political violence, but its verbal transgressions have contributed to a normalization of violent language and coincided with a series of deadly far-right terrorist attacks.

In June 2019, a regional politician who had defended Merkel’s refugee policy was shot dead on his front porch by a well-known neo-Nazi. The killer later told the court that he had attended a high-profile AfD protest a year earlier.

Since then, a far-right extremist has attacked a synagogue in the eastern city of Halle during a Yom Kippur service, leaving two dead and only narrowly failing to commit a massacre. Another extremist shot dead nine mostly young people with immigrant roots in the western city of Hanau.

The AfD’s earlier rise in the polls stalled almost instantly after the Hanau attack.

“After these three attacks, the wider German public and media realized for the first time that the rhetoric of the AfD leads to real violence,” said Hajo Funke of the Free University in Berlin, who has written extensively about the party and tracks its evolution.

“It was a turning point,” he said. “They have come to personify the notion that words lead to deeds.”

Shortly after the Hanau attack, Thomas Haldenwang, the chief of the Office for the Protection of the Constitution, Germany’s domestic intelligence agency, placed elements of the AfD under surveillance for far-right extremism — even as the party’s lawmakers continued to work in Parliament.

“We know from German history that far-right extremism didn’t just destroy human lives, it destroyed democracy,” Haldenwang warned after announcing his decision in March last year. “Far-right extremism and far-right terrorism are currently the biggest danger for democracy in Germany.”

Today, the agency has classified about a third of all AfD members as extremist, including Chrupalla and Alice Weidel, the party’s other lead candidate. A court is reviewing whether the entire party can soon be placed under formal observation.

“The AfD is irrelevant in power-political terms,” said Funke. “But it is dangerous.”

Chrupalla, a decorator who occasionally takes the stage in his overalls, and Weidel, a suit-wearing former Goldman Sachs analyst and gay mother of two, have sought to counter that impression. As if to hammer home the point, the party’s main election slogan this year is: “Germany — but normal.”

A look through the party’s 207-page election program shows what “normal” means: The AfD demands Germany’s exit from the European Union. It calls for the abolition of any mandates to fight the coronavirus. It wants to return to the traditional German definition of citizenship based on blood ancestry. And it is the only party in Parliament that denies man-made climate change.

That the AfD’s polling numbers have barely budged for the past 18 months suggests that its supporters are not protest voters but Germans who subscribe to its ideas and ideology.

“The AfD has brought out into the open a small but very radical electorate that many thought we don’t have in this country,” said Quent, the sociologist. “Four years ago people were asking: ‘Where does this come from?’ In reality it was always there. It just needed a trigger.”

Quent and other experts estimate the nationwide ceiling of support for the party at around 14%. But in parts of the former communist East, where the AfD has become a broad-based political force entrenched at the local level, it is often twice that — enough to make it the region’s second-strongest political force.

“It’s only a question of time until AfD is the strongest party in the East,” Quent said.

That is why Chrupalla, whose constituency is in the eastern state of Saxony, the one state where the AfD already came first in 2017, predicts it will eventually become too big to bypass.

“In the East we are a people’s party, we are well-established at the local, city, regional and state level,” Chrupalla said. “In the East the middle class votes for the AfD. In the West, they vote for the Greens.”