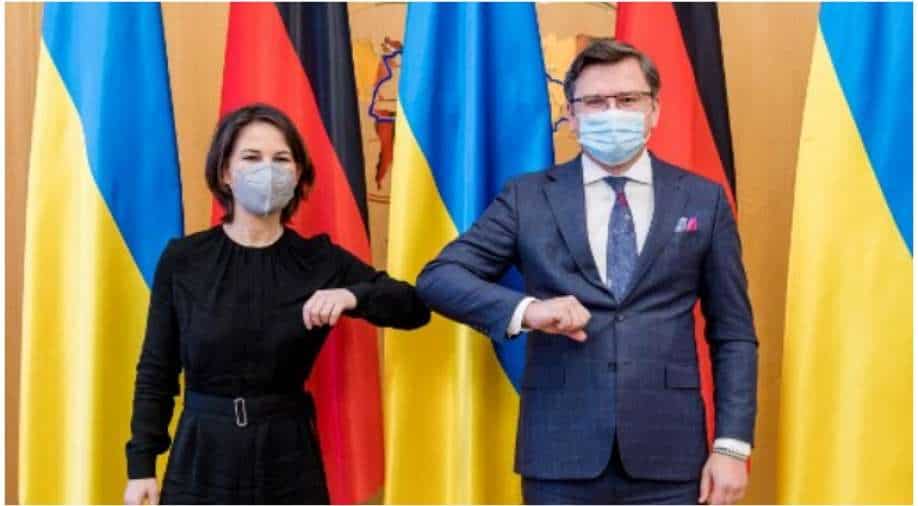 German Foreign Minister Annalena Baerbock said on Monday that Germany would do everything in its power to guarantee Ukraine's security. She was on her first visit to Ukraine.

Russia has deployed tens of thousands of troops and heavy military equipment along its border with Ukraine. Though Russia claims that it does not intend to invade Ukraine, fears of such an attack remain. Ukraine was part of the erstwhile Soviet Union. Russia has already annexed Ukraine Crimean peninsula in 2014. Russia remains fiercely opposed to Ukraine's inclusion in NATO.

Speaking during a visit to Madrid, German Chancellor Olaf Scholz said "we expect clear steps from Russia to de-escalate the situation".

"Military aggression against Ukraine would have serious political as well as economic consequences" for Russia, he added at a joint news conference with Spanish Prime Minister Pedro Sanchez.

Baerbock's visit to Kyiv comes amid attempts to revive the so-called Normandy Format grouping of Germany, France, Russia and Ukraine whose aim is to de-escalate the conflict.

Her Ukrainian counterpart, Dmytro Kuleba, told reporters following discussions that Ukraine and Germany were "committed to a diplomatic settlement of this conflict".

He reiterated however Ukraine's intention to receive weapons from the West, after Kyiv in December accused Berlin of blocking the supply of NATO arms.

"Our dialogue with Germany on this issue will continue," Kuleba said.

Russian Foreign Minister Sergei Lavrov is due to hold his first meeting with Baerbock on Tuesday.