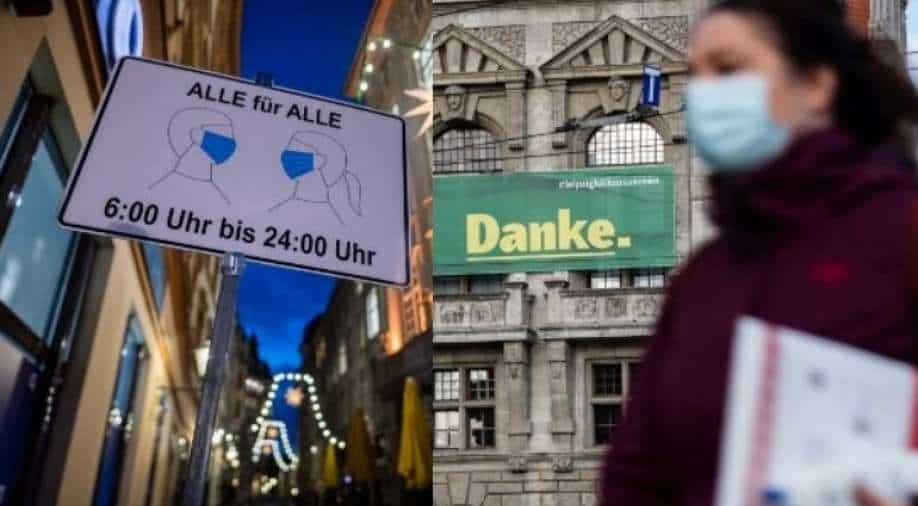 The World Health Organization(WHO) has declared that there is a "high risk" of virus resurgence in Europe in early 2021.

As Germany entered into a new partial lockdown, the death toll due to coronavirus shot up to 952 in the last 24 hours which is the highest since the outbreak of the virus in the country.

The number of infected cases in Germany has risen to over 1.3 million with 23,427 fatalities.

Germany which had earlier reigned in the virus has seen cases skyrocket in recent months with Saxony being the hardest-hit region in recent days. Amid the rise in cases, COVID-19-related hospitalizations have also shot up.

The Merkel government has put down strict guidelines for partial lockdown measures which include closures of schools and non-essential shops. The latest restrictions is set to continue post-Christmas and into the new year until at least January 10.

The government has also put severe social restrictions in place during Christmas between December 24-26. New Year eve festivities have also been curtailed with the sale of fireworks and gatherings banned.

Chancellor Merkel has been left with the difficult choice during the Christmas holiday season as she declared that "evolution of the pandemic remains unpredictable" while adding that "vaccine will help us".

European Commission chief Ursula von der Leyen had told European officials that, "To get to the end of the pandemic, we will need up to 70 per cent of the population vaccinated."

Meanwhile, the World Health Organizations(WHO) has urged masks to be worn by citizens for Christmas family gatherings in Europe. The UN health body declared that there is a "high risk" of virus resurgence in Europe in early 2021.

Europe has been reeling with the virus with France, Denmark and several other European countries imposing tighter restrictions over the Christmas holiday season.