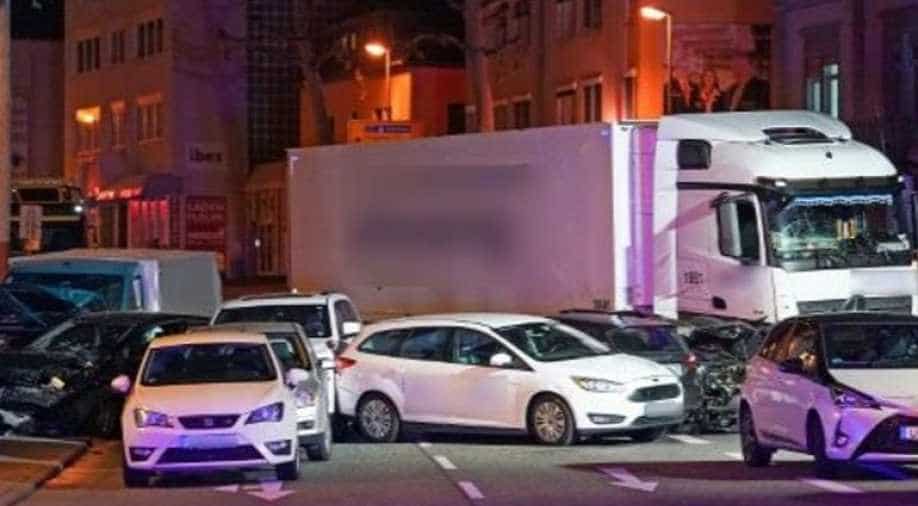 The public prosecutor's office said it had opened an attempted homicide probe against the 32-year-old suspect, whose name was not released.

German authorities on Tuesday were investigating the motive of a Syrian man who hijacked an articulated lorry and smashed it into cars stopped at a traffic light in the city of Limburg, injuring several people.

The public prosecutor's office said it had opened an attempted homicide probe against the 32-year-old suspect, whose name was not released.

"The investigation into what was behind the act is ongoing," the prosecutors said in a statement.

"We cannot comment on the motive in particular - we are pursuing all leads."

Unconfirmed media reports said the Syrian national arrived with the massive migrant influx to Germany in 2015 and that his residency permit had expired on October 1.

Germany has been on alert following several jihadist attacks in recent years claimed by the Islamic State group.

The most deadly was committed in 2016 by a 23-year-old Tunisian, who killed 12 people when he stole a truck and ploughed it through a Berlin Christmas market.

However the authorities remained cautious.