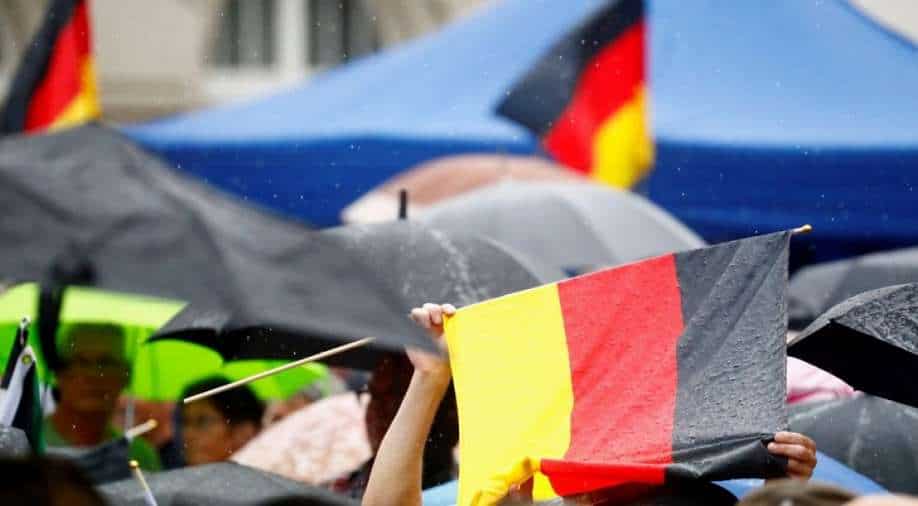 It is the first time in Germany’s postwar history that a party represented in the federal Parliament has elicited such intense scrutiny, and it highlights an uneasy question facing the country’s institutions: What to do with a party that is considered a danger to democracy — but is popular in parts of the country and has become entrenched at all levels of politics?

BERLIN — Germany’s domestic intelligence agency has placed the far-right Alternative for Germany under observation as a potential threat to the country’s democracy, officials said Wednesday, setting the stage for a battle between the state and a party that is the main opposition in Parliament.

It is the first time in Germany’s postwar history that a party represented in the federal Parliament has elicited such intense scrutiny, and it highlights an uneasy question facing the country’s institutions: What to do with a party that is considered a danger to democracy — but is popular in parts of the country and has become entrenched at all levels of politics?

That question has particular resonance in an election year that will see Angela Merkel step down after 16 years as chancellor, a tenure in which she became a symbol of a Germany that has learned from its history and welcomes refugees.

The leaders of the Alternative for Germany, AfD, as the party is known, routinely accuse Muslim immigrants of being criminals, attack the press and question the universalist principles of liberal democracy.

During the coronavirus pandemic, AfD officials have taken part in protests that have at times turned violent, in one case infiltrating protesters into the Parliament building. Yet, even as it has become more radicalized, the party has established a presence in Parliament and state legislatures across the country.

Increasingly concerned about the party’s positions, the Federal Office for the Protection of the Constitution, as the domestic intelligence agency is known here, has spent two years scrutinizing the speeches and social media posts of AfD officials.

A year ago the intelligence agency classified the most radical wing of the party and its youth organization as extremist and said it would place some of its most influential leaders under surveillance.

Since then, this radical wing is suspected of having extended its influence in the party, officials say, prompting the agency to investigate the entire party for extremism. The latest decision stops short of classifying the AfD as extremist, but it clears the way for the agency to place it under surveillance to determine if it is.

Members of the AfD responded with outrage Wednesday, vowing to take legal measures and insinuating that the move was politically motivated.

“The intelligence agency is acting purely politically when it comes to the AfD,” Alice Weidel, a prominent party leader, wrote on Twitter. “Given the state and federal elections this year that is particularly remarkable.”

“You know you’re living in Germany,” he wrote on Twitter, “when one and a half weeks ahead of two important regional elections and a few months before the national election the domestic secret service declares the biggest opposition party to be suspicious."

The decision was reached last week but was not publicly announced, pending an ongoing court case the AfD has brought to stop the measures against it.

Last month an administrative court in Cologne ruled that the intelligence office, known here as the Federal Office for the Protection of the Constitution, or its German initials BfV, was allowed to start investigating the AfD for extremism.

The agency would not comment on the case Wednesday. But German officials, who requested anonymity given the sensitivities of an ongoing court case, confirmed the decision.

“Due to the ongoing legal proceedings and out of respect for the court the BfV does not give any public statements on this matter,” the intelligence agency said in an emailed statement.

The founding mission of the Federal Office for the Protection of the Constitution after World War II was to protect against the rise of political forces — primarily another Nazi party — that could once again threaten Germany’s democracy.

“We take that mission very seriously,” Thomas Haldenwang, the president of the agency, said at a news conference last year, after labeling part of the AfD as extremist.