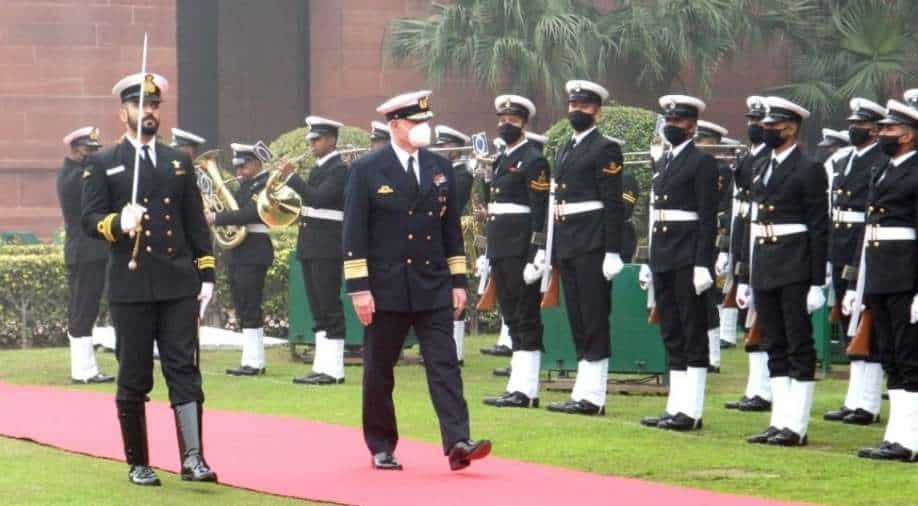 Before stepping down, the German Navy chief called his comments in Delhi a 'mistake'

In a diplomatic earthquake, German Navy chief VAdm Kay-Achim Schönbach stepped down on Saturday after his comments in New Delhi which called for rapprochement with Russian President Vladimir Putin and Ukraine can't become a NATO member.

His comments went against the present narrative coming from Europe amid the deteriorating situation in Eastern Europe and buildup by Russian troops at the border with Ukraine.

Speaking at think tank IDSA on Friday, he said, "Does Russia really wants small and tiny strip of Ukraine soil, integrate the country. No, this is nonsense. Putin is probably putting pressure because he knows he can do it, and he splits EU opinion. What he really wants is respect. "

Ahead of stepping down, he called his comments in Delhi a "mistake". Meanwhile, the Twitter bio of the German Navy chief official handle has been updated to "currently vacant" & the picture of VAdm Kay-Achim Schönbach has been removed.

And not just in Berlin, the fallout off comments were seen on Ukraine's capital Kyiv. Ukraine's foreign ministry summoned the German envoy to the country over Navy Chief's remarks.

In his Delhi comments, the German Navy chief explained that good ties are needed with Russia to rein in China and Crimea being lost now. He explained, "Even we India, Germany we need Russia, We need Russia against China...Having this big country, even if it's not a democracy, as a bilateral partner, giving them a chance. It's easy and keeps Russia away from China because China needs resources of Russia".

Russia doesn't want NATO to reach its borders, with countries like Ukraine joining it. It wants "security guarantees" from the west and NATO that Ukraine doesn't join the security block.

The number of talks this month between Russia and the US hasn't yielded any results. The comments in Delhi come even as the German navy chief visit was aimed to show Berlin's increased engagement in the Indo Pacific but ended up with his resignation.

The visit of the German Navy chief also coincides with the visit of German frigate “Bayern” making a port call in Mumbai, as part of its seven-month deployment to the Indo-Pacific region.