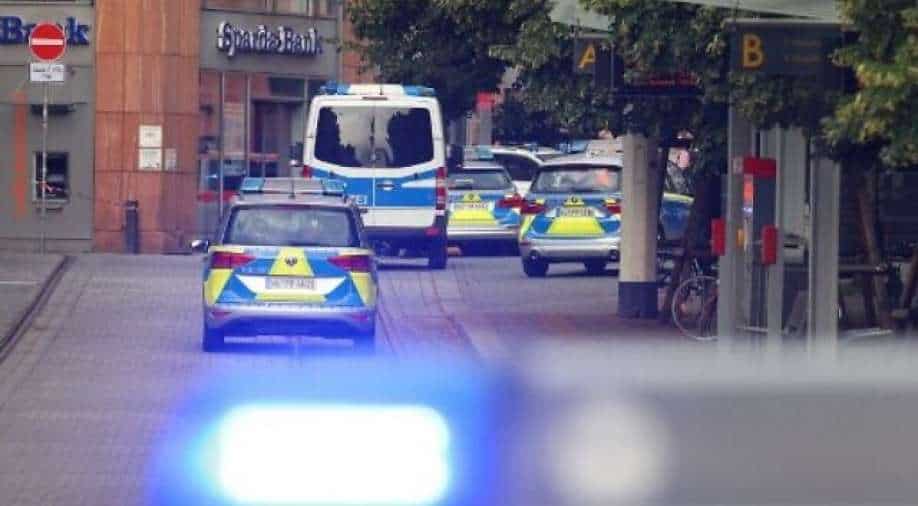 Police cars are seen in the city center in Wuerzburg, southern Germany on June 25, 2021. Photograph:(AFP)
Follow Us

On June 25, a man armed with a long knife killed three women and injured several others, some seriously, before being shot by police and arrested.

State crime investigation officials in Germany said on Tuesday that they suspect an Islamic extremist motive in the deadly knife attack by a Somali man last week in the southern city of Wuerzburg that left three women dead.

"The Bavarian Central Office for Extremism and Terrorism has taken over the probe because an Islamist motive is likely," a joint statement from Bavarian state prosecutors and the state criminal investigations office said.

On June 25, a man armed with a long knife killed three women and injured several others, some seriously, before being shot by police and arrested.

The suspect has been identified as a 24-year-old Somali male from Wuerzburg.

Pedestrians surrounded the assailant and held him at bay with chairs and sticks, according to videos posted on social media.

Wuerzburg was itself hit five years ago by an axe-wielding man who seriously wounded four people o a train.

The suspect, an Afghan, sought to attack a passerby as he fled before being shot dead by police.

The attack was claimed by the Islamic State (IS) jihadist group.

The deadliest Islamist attack in Germany happened in December 2016 when a jihadist rammed a truck into a Berlin Christmas market killing 12 people.

The Tunisian attacker, a failed asylum-seeker, was an IS supporter.

More recently, one man was killed and another seriously injured in a knife attack in the city of Dresden in October.

A 20-year-old Syrian jihadist in May received a life sentence for the homophobic attack.