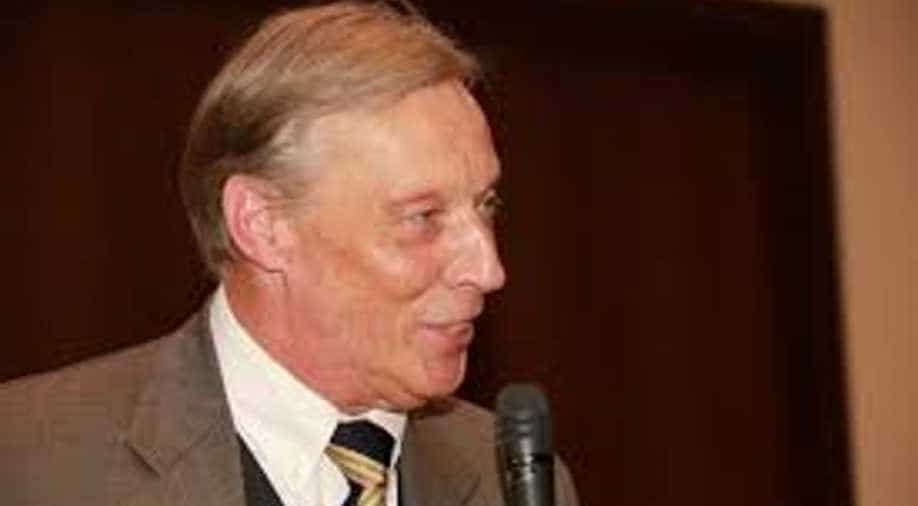 AFD leader Armin-Paul Hampel said IT professionals from India are welcome in Germany. Photograph:( Others )

AFD which is being termed ?extreme right wing? is slated to change Germany?s post-WWII history dramatically on Sunday.

The Alternative For Germany (AFD) has taken a strident stance against German Chancellor Angela Merkel’s admission of millions of refugees from Syria, Iraq and Islamic states in North Africa.

The party which is being termed “extreme right wing” is slated to change Germany’s post-WWII history dramatically on Sunday, September 24 when it is predicted to win almost 10% of the vote in general elections and enter Germany’s Bundestag or parliament for the first time.

In an exclusive chat just two days before Germany’s general election, AFD’s senior board member and Chief of Lower Saxony, Armin-Paul Hampel tells WION’s Sr Foreign Editor Padma Rao Sundarji that it is Muslims from countries with Islamist terrorist presence -and not Indians – whom his party does not welcome in Germany.

Q: Armin-Paul Hampel, you are an award-winning television journalist ("IN GANDHI’S FOOTSTEPS”) who have been based here in India and elsewhere and have stayed loyal to your old Indian friends. Your kids were born in India, at one point they spoke Hindi but no German. Your family had integrated well here. In 2013, you co-founded Alternative For Germany (AFD)  a party that has been termed extreme rightwing by the international and German media. AFD wants no foreigners in Germany. Does that include Indians?

A: Not at all ! I lived in India for 11 years, why should I change my opinion about India? In fact, even the opinion of AFD is not as you describe.

It’s a different story. We have a problem with about 1 million people from northern Africa who migrated to Germany in 2015. In keeping with the German constitution, we have to offer shelter people who are political refugees and my party agrees that such people are welcome to come to our country.

But in reality, only 15-20% of those 1 million people were political refugees. The rest had economic reasons for coming here. To that, my party says it is too much, Germany cannot afford it, we cannot finance them. And that we must find better and more solutions for people who are trying to migrate from Arab and Muslim countries into Germany. India is not affected at all.

Q: All German governments have, in recent years, campaigned aggressively in India to attract Indian students and professionals to come to Germany. There is reportedly a huge shortfall of IT talent there. Your party is slated to change 70 years of German history by being the first rightwing party to enter the Bundestag on Sunday. Will AFD support the continuation of this canvassing for Indian talent?

A: Absolutely – that is the point. Look, since 2013 - the year we founded our party, we have been asking for a migration law in Germany. Once, we had a blue card, similar to the American green card. AFD has been saying Germany wants people who are well-trained to come and take up jobs here. We have a need for well-trained and well-educated people and there are a lot in India.

But because we are a German-speaking country,  people from India are unfortunately not so willing to come here. But we will still continue to invite them if they have good qualifications, experts in the one or another important subject, good engineers or in the IT branch. That’s not the problem.

The problem is that we have a different situation in Arab countries like Syria, Iraq and others where there is war, some other crisis or unstable governments. We are asking for better support from the United Nations, which, unbelievably reduced its budget in 2015.

We want the UN to increase its budget, send experts to Syria, Iraq and elsewhere, and armed with a robust mandate of the UN, establish safe havens over there with the help of NATO and local troops to protect such refugees.

But spending billions of Euros to get people from an 8000-mile distance – from the Bosphorus, from Arab countries – into Germany – is just wrong. These people have different cultures, different ethnic backgrounds, a different religion.

Many are not well-educated, some never went to school at all. All this makes it difficult for them to adapt to Germany. We do want to help. But we at AFD say that we should do that by investing the money right there, on the spot – for good medicare,  safe housing, good education, etc. That would be far more effective than transporting 1 million people across thousands of miles to Germany.

Q: You are set to make history by entering parliament on Sunday. This is an era of coalitions. And that means compromise. Which of your beliefs, goals will AFD be willing to compromise or tweak if you are part of one such coalition?

A: We want to learn parliamentarianism to start with and we’ll do that by sitting in the opposition for a start. We are not thinking of joining any coalitions at this time.

Instead, we want to prepare ourselves to be able to take on greater responsibility in 2021, when the next general elections will be due.

Under normal circumstances, it is hardly possible for a party that was founded only four years ago to cross the 5% vote share hurdle to enter parliament.  But we achieved 4.8 percent in 2013 itself, barely a few months after we established AFD.

This means that times are changing in Germany.  Maybe a lot of people are not voting for the AFD, but are really voting for an alternative per se.  Be it the CDU, SPD, FDP, Greens or Left, most Germans have lost their faith in the established parties. Those parties represent an Old Boys Club today. They are simply not capable of solving even today’s problems, let alone those of tomorrow.

Q: You may say all these things. But you cannot deny that you are a right-wing party with startling views…

A: Our political opponents always try to push us into that “right wing”” corner. May I tell you that we have many members who were once with the other parties? Be it CDU or SPD, be it the FDP or Greens.

Nobody can say these people all suddenly turned hardcore right wing. Actually, we at AFD are neither left nor right. We are in the centre, we are trying to establish a party which is able to balance facts, access accurate figures, think about them and then decide. This ideology of "Left" and "Right" that was created in the 20th century has been terrible not only for Germany but also Europe and must be abandoned.

We want neither Left nor Right but normal human understanding and the human brain to decide matters – that’s our way. The Old Boys Club of the established parties realise that that there is a new power emerging. That’s why they have been trying hard to keep us out. It’s like anywhere in the world. They will try again next Sunday. And they will fail. Rest assured we will be in the Bundestag with not merely 5%, but more than 10%.

Q: If you are neither Left nor Right, how come the AFD attracts so many skinheads and extreme right-wing supporters?

A: One has to admit that World War II and Nazism in Germany is very much still a topic. But many people reduce our entire history to those 12 terrible years. Germany is actually 1200 years old and Deutschland is a German empire. Yes, the Nazi past was part of our history, a horrible part. But we have been in existence for much longer.

Certain Germans have a problem accepting this fact. Since 1945, Germany has changed so much. We have taken responsibility in all fields, we have accepted our lot due to our history. It is the same in India. When you reflect upon your history, you feel self-confident and proud of your nation. So why should we Germans not be proud about ours, when we have given the world so much?  Science, music, literature, architecture? We say - let’s be proud of those aspects. We don’t have to talk only about 12 dark years all the time, there are 1200 others we can live happily with and be proud of. Maybe some Germans have a problem with that – we don’t.

Q: Opinon polls can’t predict whether the CDU will form a coalition with the FDP or others. But it will be a coalition, that’s almost certain. Which constellation would be most preferable to the AFD?

A: I think all established parties will lose in terms of percentage. People have lost their faith in them. At this moment, tax rates in Germany are the highest in the world. There are a number of problems besetting crucial fields like defence, science, infrastructure, etc. No proper decisions are being taken. Therefore, it really doesn’t matter who will choose to co-habit with whom in a coalition.

It’s one big Old Boys Club and they all stick together anyway. And because they want to cling to power, they don’t have the will, nor the tools, nor the instruments, nor the will to change policies and forge a better future for our country. It’s just the Old Boys Club – and none of them matter. We want to be the new club in Germany.

Q: Please summarize one last time: whom is the AFD against? All foreigners? Only those with an Islamic background? Or foreigners who don’t adapt to Germany? After all, there are many well-integrated Germans of Turkish origin who are perfectly integrated in Germany….

A: First of all, we have people from all over the world in our country. The reason we have been asking for an immigration policy is so that we can decide exactly who is welcome and who is not.

We say: please don’t keep them here, please send them back to where they came from. On the other hand, we are also a party pushing for, not resisting an immigration policy ! We want well-educated people, smart brains, knowledgeable, well-educated people from all over the world, who will easily integrate in Germany.

This has already been happening since decades and people from many countries moved here and are living happily. Our only problem is that we are getting huge numbers -1 million from Africa alone - with ethnic, religious and cultural backgrounds which do not fit into our country, especially when they have fundamentalist Islamist influences of the kind of the IS in Syria and Iraq.

We don’t want to accept such people. We want to live peacefully and happily in this country. We don’t want police all over the place, like in London, Berlin, Madrid or elsewhere.

We don’t want to live in constant fear that today may be our last day. But welcoming people who are well-educated and well-trained from India? They are very welcome here and pose no problem for the Alternative For Germany at all.