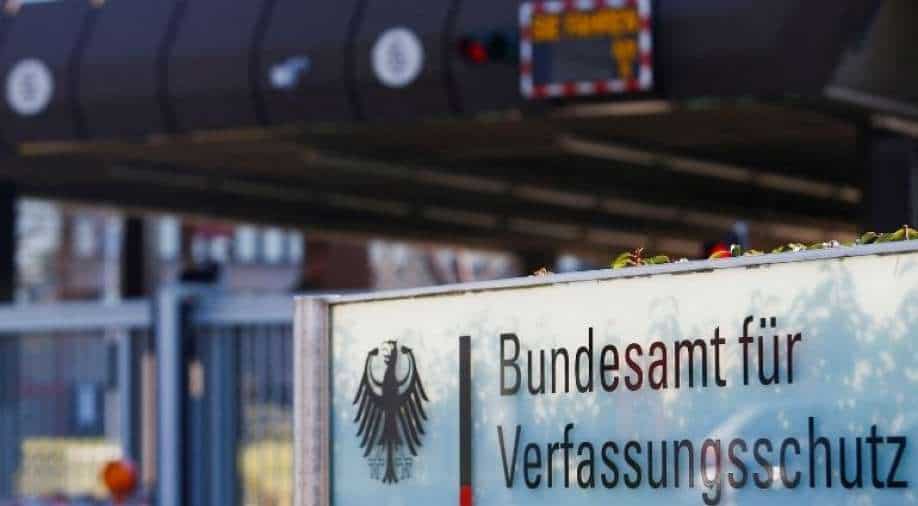 Germany's Federal Office for the Protection of the Constitution Photograph:( Reuters )

Cologne's administrative court found that there were 'sufficient indications of anti-constitutional goals within the AfD, it said in a statement

The German government's domestic intelligence agency has been given the right to spy on the far-right Alternative for Germany (AfD) after a court ruled Tuesday that the party is a suspected threat to democracy.

In March, the court dismissed a legal challenge brought by the AfD that delayed plans by Germany's Federal Office for the Protection of the Constitution (BfV) to put the party under surveillance.

Cologne's administrative court, however, found that there were "sufficient indications of anti-constitutional goals within the AfD," it said in a statement.

Therefore, the BfV is allowed to classify the anti-Islam, anti-immigrant party as a "suspected case of right-wing extremism".

The classification allows intelligence agents to eavesdrop on the party's communications and use undercover agents.

In their argument, AfD leaders asserted the party had distanced itself from its most extreme elements by disbanding the hardline "Wing" faction led by Bjoern Hoecke.

Even so, judges in Cologne said key figures from the faction still held "significant influence" in the party.

Also read | This is why some people develop life-threatening COVID-19, while others get no symptoms at all

In addition, the court criticised the extreme positions of the AfD's youth wing, saying its members shared the views of former "Wing" supporters that "German people should be kept ethnically intact and 'outsiders' should be excluded as far as possible".

"This goes against the Basic Law," the court said, referring to Germany's constitution.

The AfD began as an anti-euro party in 2013 before becoming an anti-immigrant one.

In 2017, the party won its first seats in the national parliament, riding on public outrage over an influx of refugees in 2015-2016.

A series of infightings and waning concerns about immigration have now weakened it. At last year's general election, the AfD won just over 10 per cent of the vote, down from almost 13 per cent previously, despite attempts to win over opponents of government coronavirus restrictions.