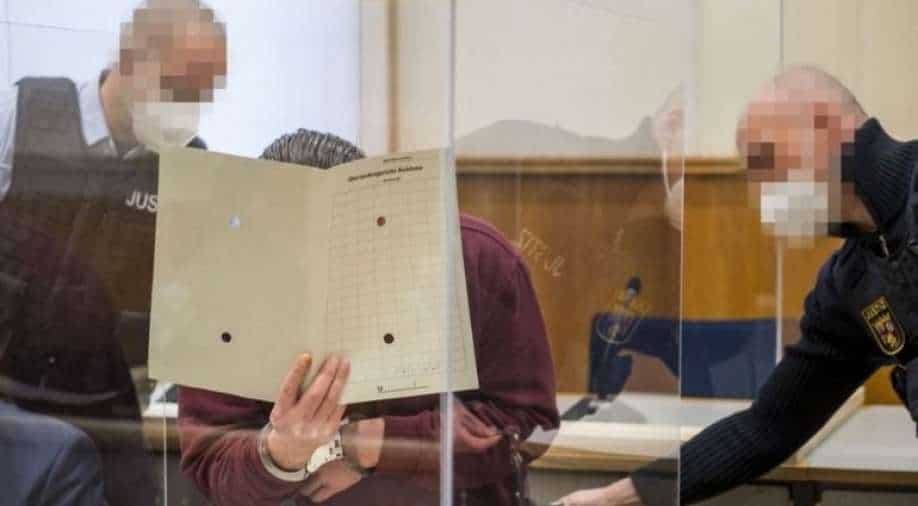 Syrian defendant Eyad al-Gharib, accused of crimes against humanity in the first trial of its kind to emerge from the Syrian conflict, waits to hear the verdict in the court room on Wednesday in Koblenz, western Germany. Photograph:( AFP )

A German court sentenced a former member of President Bashar al-Assad's security services to 4-1/2 years in prison on Wednesday for abetting the torture of civilians, the first such verdict for crimes against humanity in the 10-year-old Syrian civil war.

The higher regional court in the western city of Koblenz said Eyad A had arrested at least 30 anti-government protesters at the start of the conflict in 2011 and sent them to an intelligence facility where he knew detainees were tortured.

The verdict gives hope to the 800,000 Syrians in Germany, who say they were tortured in government facilities after attempts to establish an international tribunal for Syria failed.

"This is an important step forward in the process of securing accountability for the Syrian government's systematic use of torture against civilians," said Steve Kostas, a lawyer with the Open Society Foundation's Justice Initiative, which is representing Syrian plaintiffs.

Eyad A's lawyers asked for an acquittal, saying he had carried out the arrests in and around Damascus under duress by his superiors. He asked the court to consider him a witness in broader legal efforts against the Syrian government.

Handcuffed and wearing a burgundy track suit, Eyad A, who arrived in Germany in 2018 and was granted asylum, covered his face with a paper document as policemen walked him to a glass cubicle to await the verdict.

He remained stoic and did not appear surprised as the verdict was read out, said two Syrian lawyers at the court.

The case against him was mainly based on evidence of his work for the intelligence service that he had given to German immigration authorities and police when he applied for asylum.