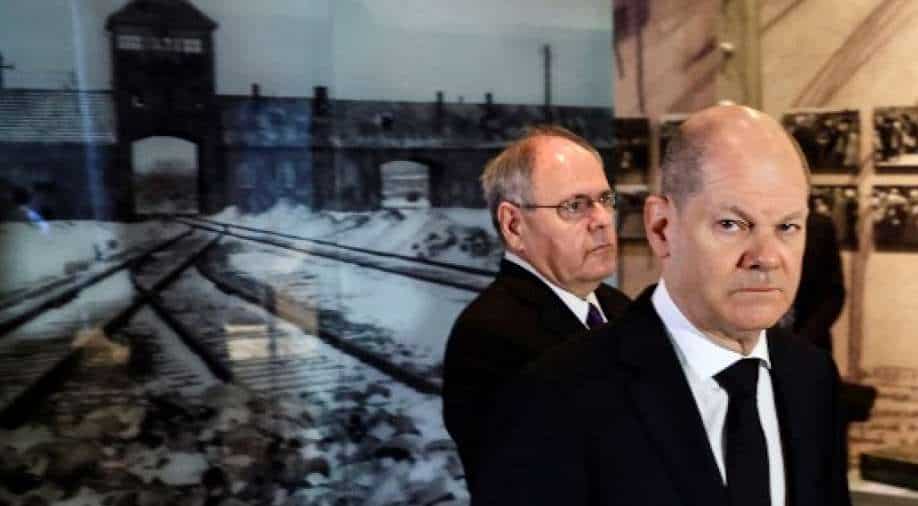 German Chancellor Olaf Scholz on Wednesday visited Israel for the first time since taking office, days after Russia's invasion of Ukraine and amid international efforts to forge a new Iran nuclear deal.

"The mass murder of the Jews was instigated by Germany," he wrote. "It was planned and carried out by Germans. Consequently, every German government bears permanent responsibility for the security of the state of Israel and the protection of Jewish life."

Bennett welcomed Scholz, saying that "the Shoah, the methodical destruction of the Jews, is a wound that is the basis of the ties between Germany and Israel. From this wound we have built strong and significant ties."

The two heads of government -- both relatively new to office following many years under the political veterans Angela Merkel and Benjamin Netanyahu -- met as rapidly moving world events test their leadership.

They have diverged on their responses to Russia's war in Ukraine.

Israel has taken a more conservative approach to the Ukraine crisis, citing its warm ties with both Kyiv and Moscow.

Israeli leaders have said they do not want to upset a delicate security cooperation with Russia, which operates a large military presence in Syria, where Israel carries out frequent strikes against what it says are Iran-linked targets.

Bennett has resisted Ukraine's request for weapons, according to Israeli media, and this week is sending 100 tons of non-military assistance, including blankets, water purification kits and medical supplies.

In addition, Israel has set up a hotline for Jewish Ukrainians seeking to immigrate amid the hostilities.

Scholz's visit also comes as a new deal is said to be emerging to curb Iran's nuclear programme in exchange for the lifting of international sanctions.

The original 2015 agreement unravelled when former US president Donald Trump withdrew from it, with Israeli encouragement.

Britain, China, France, Germany, Iran and Russia are now negotiating in Vienna to salvage that agreement, with the United States taking part indirectly.

Israel's Bennett has said he is "deeply troubled" by the outlines of that deal, fearing it does too little to stop its arch enemy Iran from one day getting the nuclear bomb, a goal Tehran denies pursuing.

Scholz was later due to meet Foreign Minister Yair Lapid and visit the Knesset, or parliament.