Gas explosion at US mall in Florida injures 21 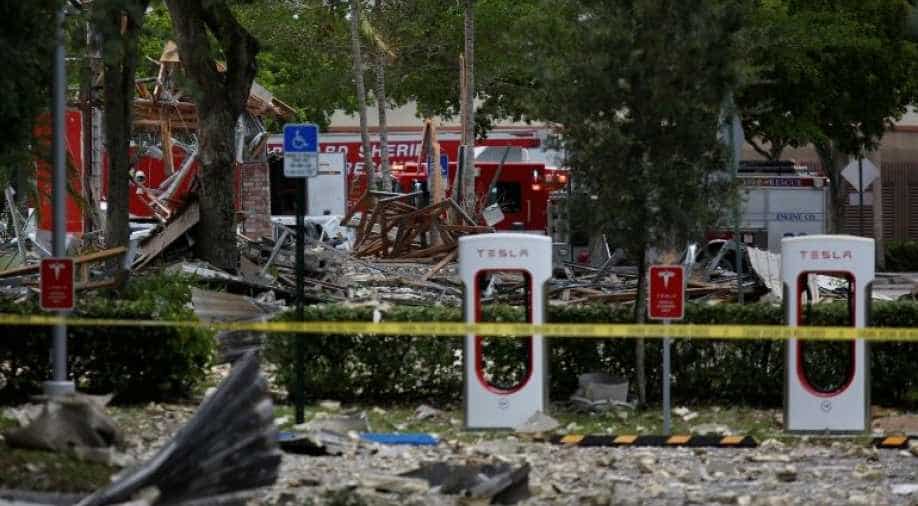 Debris are seen in a parking after an explosion at The Fountains shopping center in Plantation, Florida. Photograph:( Reuters )

'We found patients scattered all around the debris area,' he said, but added the injuries generally 'are not as severe as what we thought they would be.'

A powerful explosion from a suspected gas leak ripped through a shopping mall in Florida on Saturday, injuring 21 people, the fire department said.

The explosion sent debris flying across the parking lot of the Fountain Plaza shopping centre, damaging an LA Fitness gym, numerous cars and blowing holes in neighbouring buildings in the city of Plantation, about 50 kilometres north of Miami.

"We got our workout in, picked up the kids, walked out, got in the car, drove away and as we drove away everything exploded. It was a pretty crazy scene," said Jessi Walasheck, who witnessed the explosion.

Deputy fire chief Joel Gordon told reporters two of the injured were in serious condition after the blast, one of whom had potentially life-threatening injuries.

"We found patients scattered all around the debris area," he said, but added the injuries generally "are not as severe as what we thought they would be."

His department initially called it a gas explosion and Gordon said ruptured gas lines were found in the debris, but the cause of the blast has not been confirmed.

No one has been reported missing.

"As bad it was, it could have been a lot worse," he said.

A major avenue running past the mall was shut down as a rescuer aided by a dog combed through the wreckage.