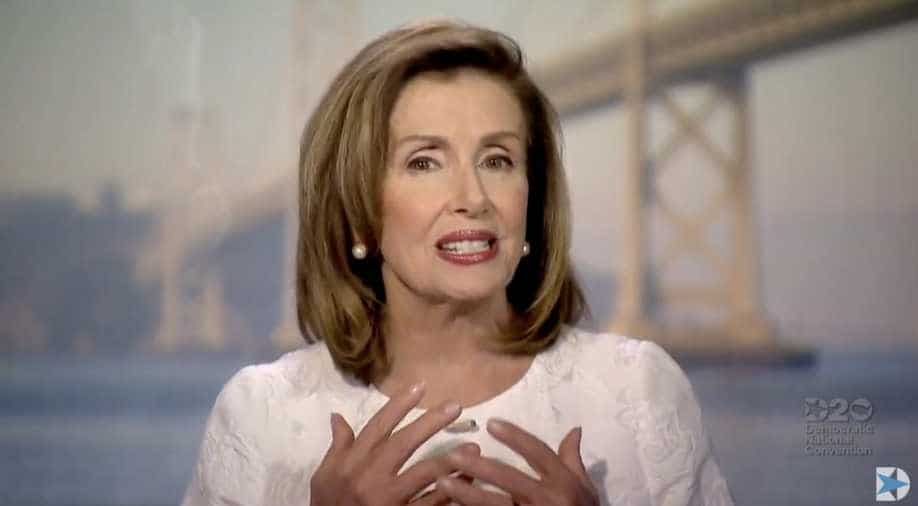 Slips of the tongue seems to have become a common affair in the US. After Biden himself made the gaffe some time ago, now it's Nancy Pelosi’s turn. Pelosi misspoke, while calling for the passage of Obama’s agenda instead of Biden’s

Slips of the tongue seems to have become a common affair in US President Joe Biden’s administration. After Biden himself made the gaffe some time ago, now its House Speaker Nancy Pelosi’s turn.

On Tuesday, Pelosi misspoke, while calling for the passage of Barack Obama’s agenda instead of Biden’s.

The leader called on the Congress to “keep government open” and work to “address the full Obama agenda of building back better.”

Pelosi has argued that the Congress has a “moral imperative” to pass “the Biden Build Back Better Act,” in a Tuesday "Dear Colleague" letter by writing, “We must and will move forward to keep government open and to lift the debt ceiling.”

Pelosi wrote, “As I write this to you, negotiations are being led by President Biden to advance his vision. The President takes a pride in his agenda, which is shared overwhelmingly by House and Senate Democrats, which creates jobs, gives tax cuts for the middle class, lowers costs for health care and is paid by making the wealthiest few and big corporations pay their fair share.”

Meanwhile, Biden seems to have been gaffe-prone. The 78-year-old appeared to mistake Syria for Libya at a news conference after G7 summit in the UK some months ago. He appeared to make the mistake twice.

During a meeting with governors, US President Joe Biden unintentionally revealed a note from his staff informing him that he had something on his face after a yellow mark was noticed on his chin.