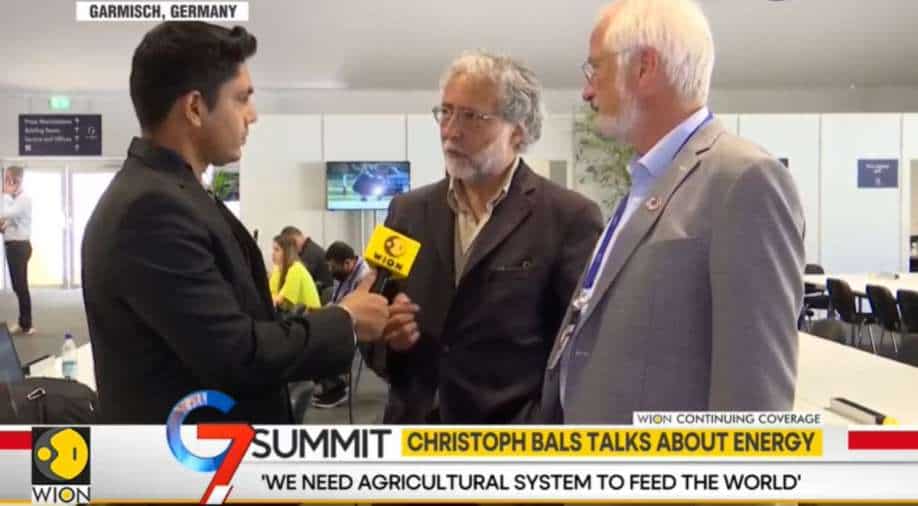 To discuss global issues ranging from the Russia-Ukraine war, climate change, coronavirus pandemic and inflation, leaders of the Group of Seven (G7) wealthy nations begin a three-day meeting in Germany's Bavaria on Sunday (June 26). The G7 is made up of the United States, Britain, Canada, France, Germany, Italy and Japan. Representatives from the European Union also attend.

During the interaction, Milke said that "these two groups, G7 and G20 are responsible that it possible for all other countries to survive and to help the planet."

The ongoing Russia-Ukraine war has disturbed the global supply chain, causing an increse in food prices. The cutting off of supplies from the world's biggest exporter of sunflower oil led to higher prices of the costs alternatives. The costs of cereals such as maize and wheat have also risen sharply.

Bals said that "it is a crucial time after the Russian-Ukraine war. There are two ways to deal with this, one is now we have to invest in coal and gas to secure energy" and the other one could be renewable energy.

He further said that "we hope we get a positive result in climate and food security in the world. The main point should be these countries that give enough grains to feed their own animals in the country". He stressed that we need an agricultural system in the world.

The fifth discussion session of the summit, which will take place on Monday, will focus on investing in a better future: Climate, Energy, and Health.