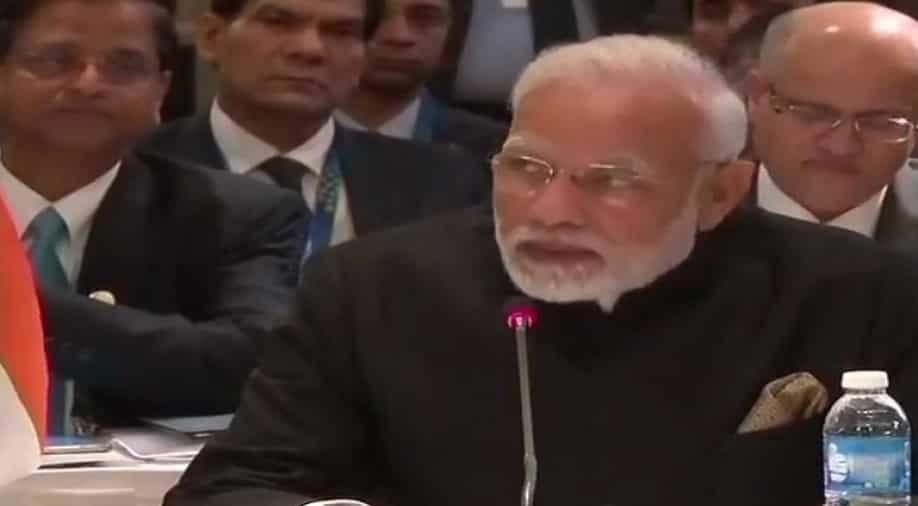 The gathering consisting of Brazil, Russia, China and South Africa had met in July at Johannesburg.

PM Modi speaking at the informal BRICS meeting on the sidelines of the G20 summit at Buenos Aires said terror and radicalisation were the biggest challenges facing the world.

"Terrorism and radicalism are a threat to the world, those who commit financial crimes are also a big threat. We have to work together against black money," the Indian prime minister at the first engagement ahead of the BRICS summit.

"We have to talk in one voice for the interest of developing nations in the United Nations and other multilateral organizations," PM Modi asserted, adding that it is the reason BRICS nations have come together.

"Economic offenders are a big concern globally," he said.

The gathering consisting of Brazil, Russia, China and South Africa had met in July at Johannesburg. The next BRICS meeting will take place in Brazil next year.

The prime minister also spoke about Financial Action Task Force(FATF) and the need to strengthen it. He said India had asked all countries for FATF parameters and benchmarks. The FATF had placed Pakistan on the terror financing "grey list" in June.

"In his first of the many engagements today, PM Modi participated at the BRICS Leaders' Informal Meeting on the margins of G20 summit and reaffirmed India's commitment to globalisation and reformed multilateralism," External affairs ministry spokesperson said in a statement.

BRICS as an engine of global growth.

In his first of the many engagements today, PM @narendramodi participated at #BRICS Leaders’ Informal Meeting on the margins of #G20Summit. Reaffirmed India's commitment to globalisation and reformed multilateralism. pic.twitter.com/wdBKX8iY6z