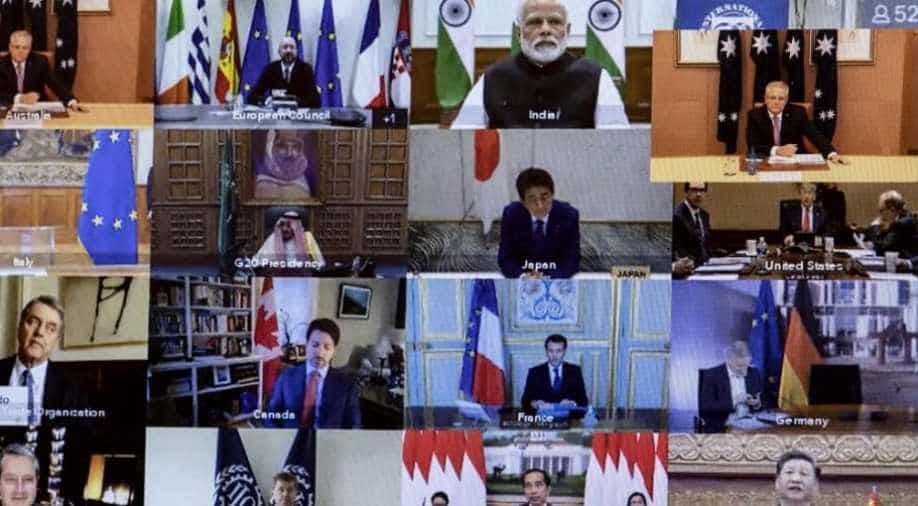 In a joint statement, the leaders vowed 'robust' support for developing nations.

The G20 leaders pledged a "united front" against the novel coronavirus on Thursday after a video conference to discuss the action to combat the global crisis. The leaders also vowed to inject $5 trillion into the global economy to counter the impact of the crisis.

Watch: A drone to take on the coronavirus?

"We are injecting over $5 trillion into the global economy, as part of targeted fiscal policy, economic measures, and guarantee schemes to counteract the social, economic and financial impacts of the pandemic," the leaders said in a statement after an emergency online summit.

They also pledged to work swiftly with multilateral bodies such as the International Monetary Fund, the World Health Organisation and regional banks to deploy a "robust" financial package to support developing nations.

The number of deaths around the world from the novel coronavirus stood at 21,873, according to a tally compiled by news agency AFP from official sources.

More than 481,300 declared cases have been registered in 182 countries and territories since the epidemic first emerged in China in December. Of these cases, at least 107,100 are now considered recovered.

Italy, which recorded its first coronavirus death in February, has to date declared 7,503 fatalities, with 74,386 infections and 9,362 people recovered.

Like Italy, Spain also has more fatalities than China with 4,089, as well as having 56,188 infections.

China -- excluding Hong Kong and Macau -- has to date declared 3,287 deaths and 81,285 cases, with 74,051 recoveries. The country declared 67 new cases and six new fatalities since Wednesday.