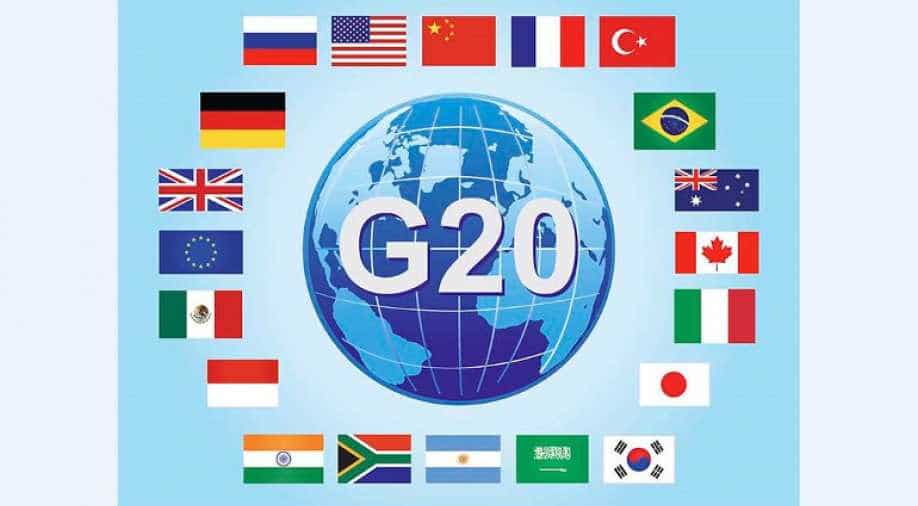 The framework for reform, including a minimum global corporation tax rate of 15 per cent, was agreed upon by 131 countries earlier this month and could be in place by 2023

Finance ministers from the G20 richest nations are expected to give the green light Saturday to a historic deal to tax multinational companies more fairly.

The framework for reform, including a minimum global corporation tax rate of 15 per cent, was agreed upon by 131 countries earlier this month and could be in place by 2023.

Hailed by those involved as "historic", it aims to stop the race to the bottom as countries compete to offer the lowest tax rates to attract investment, with many multinational companies as a result paying derisory levels of tax.

"This minimum tax on companies must be ambitious," French Finance Minister Bruno Le Maire told AFP on Friday, adding that the meeting of the G20 -- the 19 richest countries and the European Union -- represented a unique opportunity.

The countries representing 85 per cent of global wealth were seeking a deal "for the 21st century, which will allow for the fair taxation of digital giants which largely escape taxation, which nobody can accept", he said.

Final agreement on the minimum rate is not expected until the run-up to the G20 leaders' summit in Rome in October.

But the Venice talks are an opportunity to thrash out further details and exert pressure on those who have not yet signed up to the deal, struck under the auspices of the Organisation for Economic Cooperation and Development (OECD).

The United States, France and Germany are among several countries pressing for a higher rate, while aid agencies including Oxfam also argue that 15 per cent is too low.

But with some nations opposed even to this -- EU member Ireland lured Apple and Google to Dublin with its low tax rates -- there is not likely to be any change to the rate.

"We are really now on the way" to a deal that "will be finalised shortly", German Finance Minister Olaf Scholz told CNBC television.

The minimum rate is expected to affect fewer than 10,000 major companies, those with an annual turnover of more than 750 million euros.

It is one of two so-called pillars of global tax reform that have been under negotiation for years, and have been given new impetus under US President Joe Biden.

The other would give countries a share of the taxes on profits earned there, and would initially apply to the top 100 or so companies.

It is targeted at technology giants such as Google, Amazon, Facebook and Apple, but could also affect companies like energy giant BP, which is present in 85 countries.

According to a draft obtained by AFP of the final statement, which is still being discussed, the G20 ministers will "endorse" the OECD's "historic agreement on a more stable and fairer international tax architecture".

US Treasury Secretary Janet Yellen, European Central Bank (ECB) chief Christine Lagarde and Russian Finance Minister Anton Siluanov were among those at the two-day meeting in Venice, while China and India attended virtually.

Security is tight, with the Arsenal area of the lagoon city closed off to locals and tourists, although hundreds of protesters are expected in Venice during the afternoon.

Climate change is also on the agenda, with Yellen on Friday calling on her G20 counterparts to act with greater urgency to decarbonise the global economy.

The G20 ministers and central bank chiefs are also expected to call for more support for countries hard-hit by the coronavirus pandemic.

International Monetary Fund chief Kristalina Georgieva this week urged the richest countries to step up efforts to help the poorest nations withstand the "devastating double-blow" of Covid-19 and the resulting economic damage.