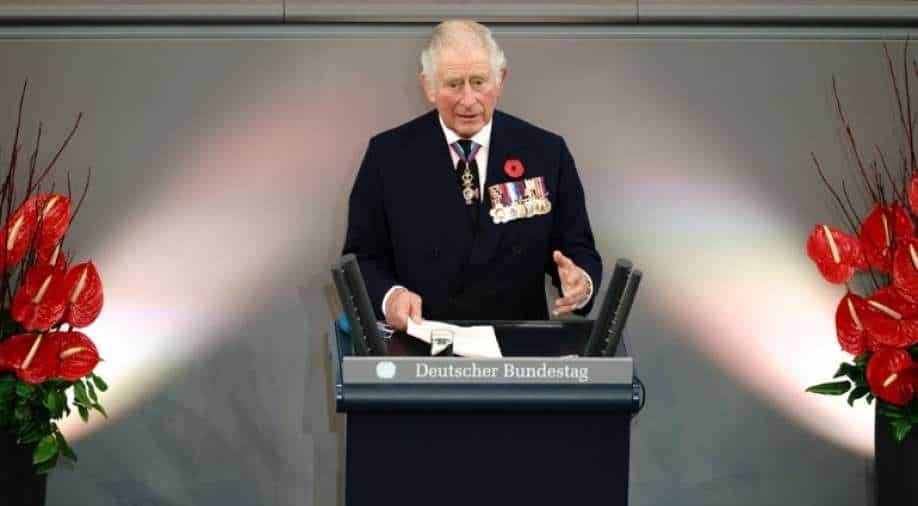 Prince Charles in an address in Germany Photograph:( AFP )

The heir to the British throne addressed the Bundestag lower house of parliament on Remembrance Day, a date that marks Germany's National Day of Mourning

Asserting that "fundamental bond" between Germany and the UK will remain "strong", Prince Charles on Sunday assured Berlin of its ties with London despite tense Brexit negotiations.

"We will always be friends, partners and associates," Charles said as he visited the German capital with his wife Camilla to pay tributes to the victims of First World War.

The heir to the British throne addressed the Bundestag lower house of parliament on Remembrance Day, a date that marks Germany's National Day of Mourning.

"The fundamental bond between us will remain strong," Charles said, calling Brexit as "a new chapter in our long history".

Meanwhile, Britain's trade deal negotiations continued with the EU on how to govern relations post-December 31, the day when the post-Brexit transition period will end.

This is the first time any British royal has participated in Germany's main remembrance event.

Earlier, Charles laid a wreath in memory of victims of war and oppression at the Neue Wache memorial building where President Frank-Walter alongside Steinmeier, Defence Minister Annegret Kramp-Karrenbauer and other dignitaries were also present.

Germany's National Day of Mourning was first marked in 1919 to remember the victims of the First World War.