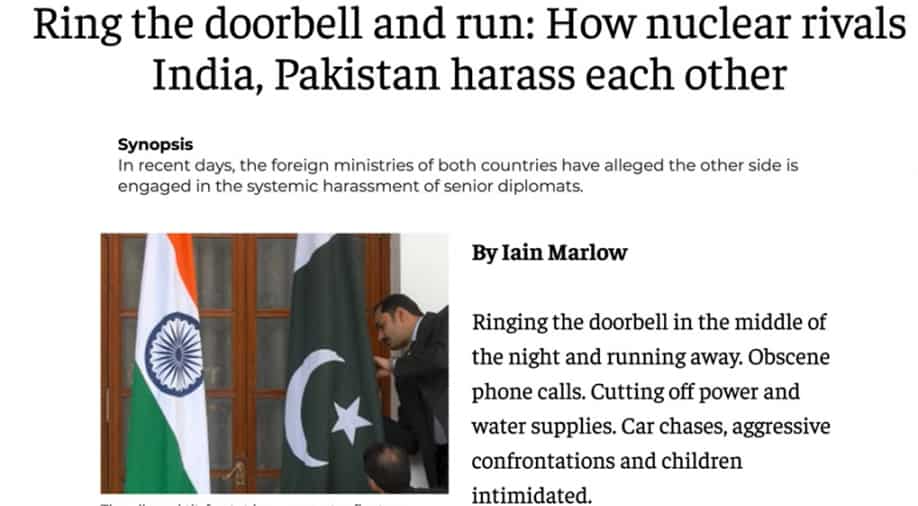 Knives made out of frozen faeces, narcissistic eyebrows and a helium-breathing alligator were among the bizarre scientific studies featured in this year's Ig Nobel awards.

On Thursday, at the 30th annual Ig Nobel ceremony's -- a 75-minute pre-recorded virtual event -- ten awards were handed out for notable achievements in physics, peace, psychology, economics, medicine and more. In lieu of a handsome windfall and medal, the winners received a paper cube and a £10tn dollar bill from Zimbabwe.

The night's most memorable award was the peace prize. It was given to the governments of India and Pakistan for having their diplomats ring each other’s doorbells in the middle of the night and run away before anyone answered.

Another memorable award was given to a US-based researcher, Metin Eren, for concluding that 'knives manufactured from frozen human faeces do not work'. He made a knife from his frozen faeces, and then set about butchering an animal hide, an endeavour that ended in failure.

This year’s awards also included a physics prize for work that recorded the shapes earthworms adopt when vibrated at high frequency.

Chris Watkins, a British psychologist, shared the economics prize. His research found that French kissing was more common between partners in areas of high income inequality.

Boris Johnson shared the medical education prize with Donald Trump, Vladimir Putin and a choice selection of other world leaders for demonstrating during the Covid-19 pandemic that politicians can have a more immediate effect on life and death than scientists and doctors can.

The psychology prize went to researchers who discovered a way to identify grandiose narcissists from their eyebrows.

The acoustics prize went to a team that enticed a Chinese alligator to bellow at high pitch after inhaling helium.

The management prize went to five Chinese assassins who subcontracted the hit to each other but failed to get the job done.

Award winners also included a team of Dutch and Belgian researchers who looked at why the sound of chewing drives people mad.