From Taiwan to Jack Ma, China's troubles are growing on all fronts 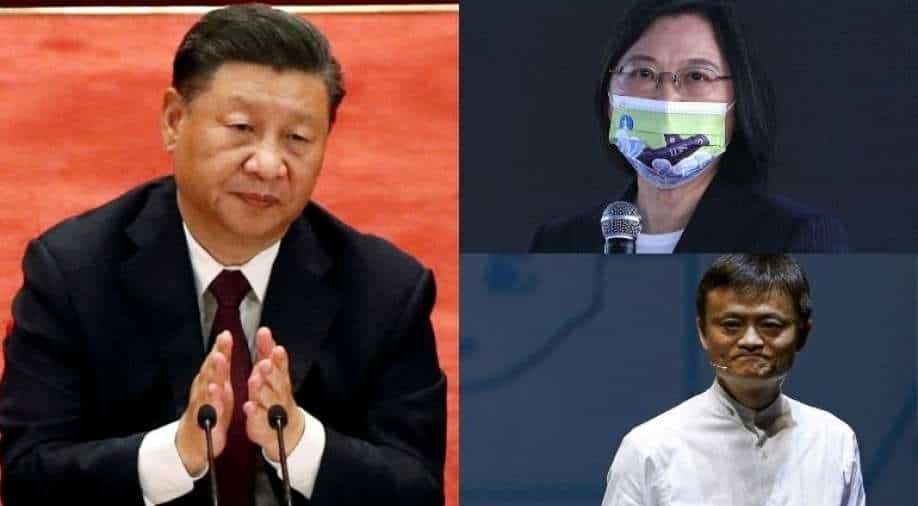 China's problems are mounting on various fronts. Here's a look

With the emergence of a new virus wave in China, concerns for the country are growing on all fronts.

Despite the chest-thumping by Chinese President Xi Jinping claiming victory over Covid-19, there is a fresh outbreak in Hebei province.

Two cities have been kept under lockdown, with the movement of people and vehicles being controlled, highway closed and mass testing underway.

More than 200 fresh cases were reported this week in Hebei.

Testing is underway in other cities of the province too and in fact, citizens are being encouraged to spy on each other.

Reports say authorities in Nangong are offering cash, 500 yuan (USD 77) for reporting any suspect who has not been tested.

Chinese authorities have asked citizens not to make unnecessary trips for the Lunar New Year which leads to millions travelling and last year contributed to the Wuhan outbreak too.

In another major embarrassment for China, a report has said that around 168,000 people were infected by the virus in Wuhan and at least two-thirds of those infections were asymptomatic.

According to the official figures, China has recorded a little less than 97,000 cases.

China is also trying to evade criticism over the coverage on Alibaba founder Jack Ma.

Reports say Beijing has issued orders to the propaganda arm of the Chinese government.

The instructions from Chinese administration are specific, stick to the official line, do not make any changes and no extended analysis without permission.

Any rebuttals from the country will not be published and foreign media reports are also not permitted on the issue.

Investors and entrepreneurs are concerned, fearing the new regulations are more political in nature.

China is also trying to control the narrative in Hong Kong.

Earlier this week, China rounded up more than 50 pro-democracy activists in Hong Kong.

On Thursday, the UN expressed concern over the situation in Hong Kong.

The UN Human Rights Office demanded an immediate release of the arrested activists and Chinese diplomats at the UN shot back.

The US has threatened sanctions over the arrests in Hong Kong.

And Beijing responded by comparing the riots in the US Capitol with the peaceful protests of Hong Kong.

"It's a scene that feels familiar. However, the reactions of some people in the U.S., including media, were portrayed differently. It was mentioned that radical demonstrators in Hong Kong violently stormed the Hong Kong Legislative Council building in July 2019," said Chinese Foreign Ministry Spokeswoman Hua Chunying.

The US remained undeterred by the statement and plans to send a strong message to China next week when its ambassador to UN Kelly Craft will travel to Taiwan.

Beijing said America is playing with fire and move could "undermine China-US relations".

Still, the US ambassador visit is crucial as the issue of Taiwan's UN membership will likely to come up and it seems China's headaches are set to grow next week.