From quoting national anthem to referencing Orwell's 1984: What Chinese netizens are doing to dodge censorship 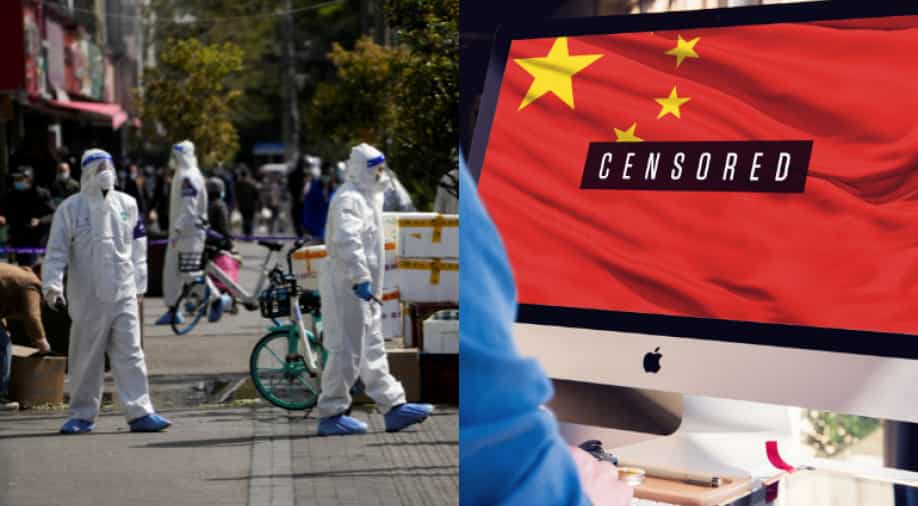 In this combination of images, police and security members in protective suits stand outside cordoned off food stores following the coronavirus disease (COVID-19) outbreak in Shanghai along with an illustration of censorship in China. Photograph:( Agencies )

Chinese web users have become creative to dodge censorship about the coronavirus cases in the country.

They are referencing to Hollywood blockbusters and George Orwell's dystopian novel "1984" and quoting the national anthem to beat the firewall.

With Communist Party scrubbing outposts portraying the Chinese policies in a negative light, Chinese President Xi Jinping has warned against any criticism of the country's stringent zero-Covid policy.

He said the party will "resolutely fight against all words and deeds that distort, question or reject our nation's disease control policies".

Beijing has intensified its crackdown online after Shanghai residents started criticising the inadequate facilities and lack of necessities in the business hub.

Shanghai, which has a population of 25 million, has been under lockdown for weeks now as China struggles to tackle an outbreak.

It has become "too big of an issue to be able to completely censor," co-founder of censorship monitoring website GreatFire.org Charlie Smith told AFP.

Chinese netizens on Weibo, Beijing's Twitter-like platform, quoted the first line of China's national anthem, "Arise, those who refuse to be slaves" after a popular hashtag on the social media platform was deleted by censors.

They also used references of Orwell's fiction "1984" alongside a torrent of anti-lockdown fury to make tongue-in-cheek barbs about home confinement in China.

According to Yaqiu Wang, senior China researcher at Human Rights Watch, "It's harder for the government to walk back when it becomes an ideological issue that's attached to Xi Jinping personally."