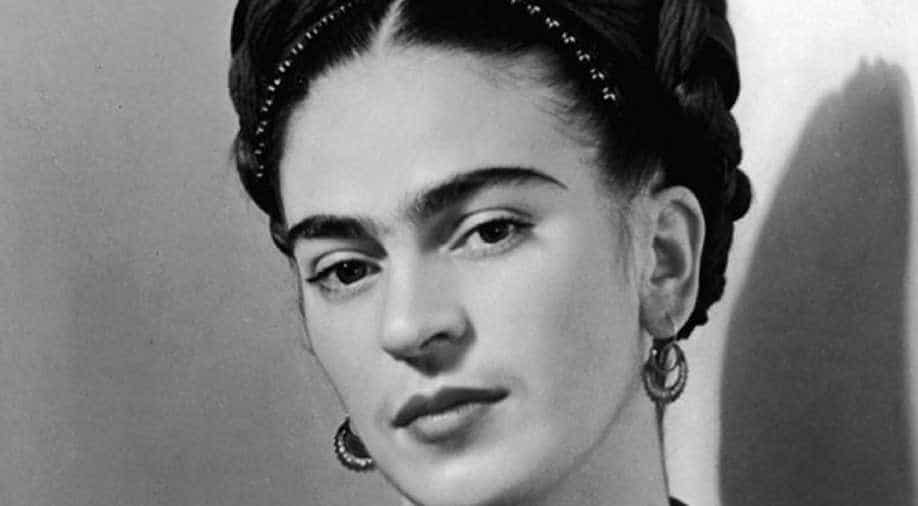 Most of Kahlos' works were self-portraits. The artist said she was forced to be her own muse as she had no one.

Today is Frida Kahlo's 113th birth anniversary. A painter who has been described as a "magical realist" who immortalised her pain in her work.

Free-spirited and unorthodox, Frida Kahlo is revered as a female role model who took on the taboos of her day. Frida was known for her self-portraits, she was a feminist who broke societal norms by embracing her deformities.

She set her own trend by sporting a unibrow, a moustache and unique headgear. Kahlo's story begins in 1907. She was born Magdalena Carmen Frieda in Mexico City. Kahlo's father was a German photographer. Frida Kahlo contracted polio around the age of 6 and she was bedridden for the next nine months.

The illness damaged her right leg and foot and left her with a limp and this was just the beginning of a life full of setbacks, one that Frida immortalised in her work.

In 1922, Frida became one of the first female students to attend the national preparatory school and wanted to be a doctor. However, three years later her life changed when travelling with her boyfriend she met with an accident. She was just 18 years old when she fractured her spine and pelvis and was hospitalised for several weeks which turned into months. While being confined to bed, Frida turned to art.

In 1929, she married Muralist Diego Rivera. The marriage was far from a happy as Frida was saddened by Rivera's infidelities when she found out about her husband's affair with her sister, Kahlo chopped off her trademark long hair. It was her response to family betrayal but there was no end to her heartbreaks. She miscarried in 1934 and divorced her husband, only to marry him again a year later.

They lived separate lives and had numerous affairs. The tumult of the relationship made its way to Kahlo's canvas. In her painting--"Frieda and Diego Rivera' the couple is seen in a rather formal pose - a moment captured just two years into their marriage.

Most of Kahlos' works were self-portraits. The artist said she was forced to be her own muse as she had no one. Her work is deeply personal and was stroked by pain. In her painting, Kahlo is seen on a hospital bed floating around her is a fetus, a snail, a pelvis - the broken column captures her physical pain. It shows the artist's skin studded with nails. Kahlo's heath became all-consuming in 1950 when she was diagnosed with gangrene in her right foot. Her right leg had to be amputated, one year later, she died - she was just 47.

Over the years, her life has been celebrated in books and movies. Frida Kahlo is remembered as the artist who created her own brand - one that was far ahead of her times.