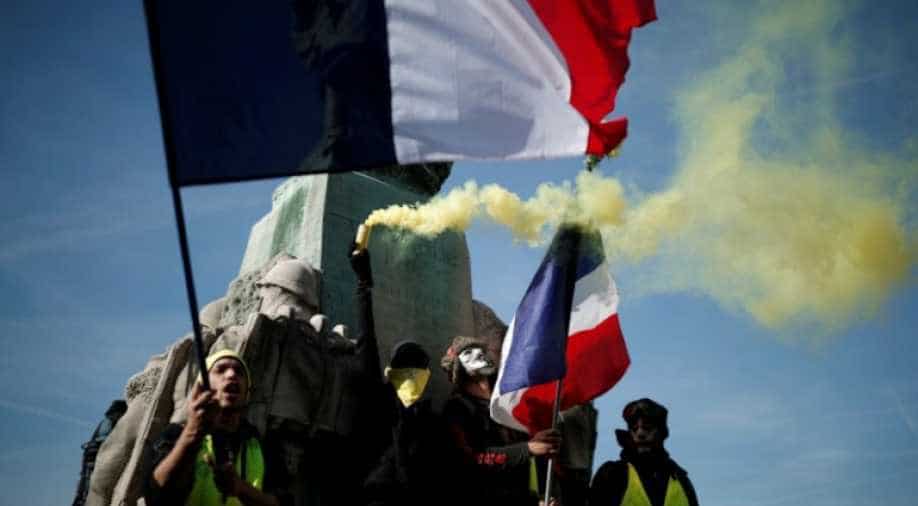 A few hundred protesters also clashed with police in downtown Paris, in and around the Place de la Republique.

Yellow vest protesters clashed with riot police in Paris and the northern city of Amiens on Saturday as the French anti-government movement warned on its 28th straight weekend.

Police detained 27 people in the city.

A few hundred protesters also clashed with police in downtown Paris, in and around the Place de la Republique.

After more than six months, the grassroots movement protesting over the cost of living and Macron's perceived indifference seems to be losing steam.

Around the country only 12,500 demonstrators took to the streets during the latest day of protests, the lowest turnout since the movement started, the French interior ministry said. At the peak in November, more than 300,000 were taking part nationally.

The prolonged protests, named after the high-visibility jackets worn by participants and which began in opposition to fuel tax increases, have hampered Macron's efforts to push his reform timetable and forced him into costly concessions.

Despite Macron's swift reversal of the tax hikes and introduction of other measures worth more than 10 billion euros ($11 billion) to boost the purchasing power of lower-income voters, protests and riots continued all over the country.

As he was celebrating his second anniversary in power, Macron last month offered more tax cuts worth 5 billion euros, along with other measures.

The protests also battered Macron's party in its campaign for European elections to be held on Sunday. La Republique en Marche is polling neck-and-neck with the far-right National Rally.