French police officer 'fighting for his life' after hostage swap 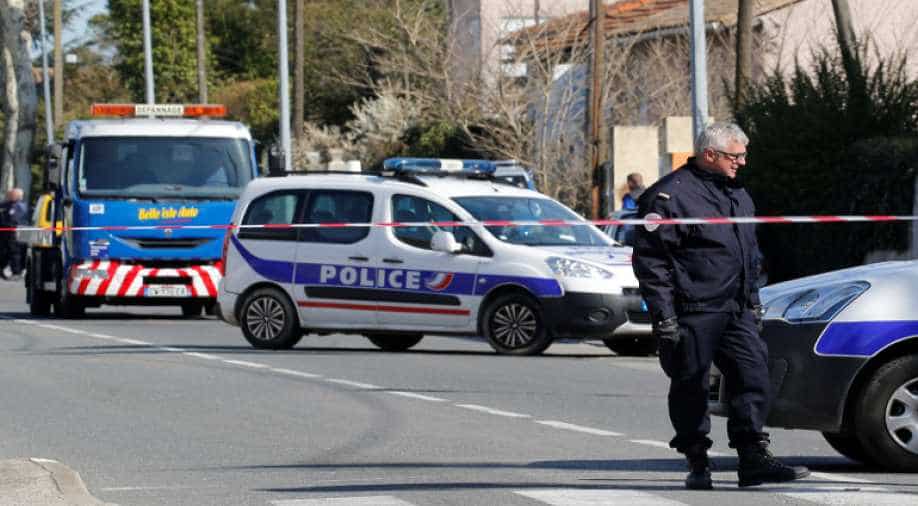 French police officers secure the area during a security operation in Carcassonne, near the supermarket of Trebes, France, March 23, 2018. Photograph:( Reuters )

A French policeman shot by an Islamist gunman Friday after swapping himself for a hostage in a siege at a supermarket in southwest France is "fighting for his life", President Emmanuel Macron said.

"He saved lives and honoured his colleagues and his country," Macron said in a televised address, adding that the officer was "very seriously wounded".

Arnaud Beltrame, 45, was among a group of officers who rushed to the scene in the town of Trebes after the attacker, who claimed allegiance to the Islamic State group, stormed the store and fired on shoppers and staff before taking them hostage.

"He is currently fighting for his life and all our thoughts go out to him and his family," Macron said.

The assailant, identified as 26-year-old Radouane Lakdim, shot dead two people at the supermarket after earlier opening fire on passengers in a car, killing one of them, and injuring a police officer in nearby Carcassonne.

Speaking at the scene earlier Interior Minister Gerard Collomb said a police team immediately intervened after the start of the siege at around 11:00 am.

"They managed to get some of the people out," he said, but the attacker kept one woman back as a human shield.

Beltrame then offered to take her place and remained holed up with Lakdim while negotiations to end the standoff continued.

The officer "left his telephone on the table" to allow police who had surrounded the building in the sleepy town of 5,000 inhabitants to listen in, Collomb said.

"When we heard shots the GIGN (an elite police force) intervened," he said, praising Beltrame for his "courage" and "act of heroism".

An officer from the police SWAT team was also hurt in the operation to kill the gunman.

Beltrame, who is married with no children, had participated as recently as December in an exercise in Carcassonne on how to respond to a mass shooting at a supermarket.