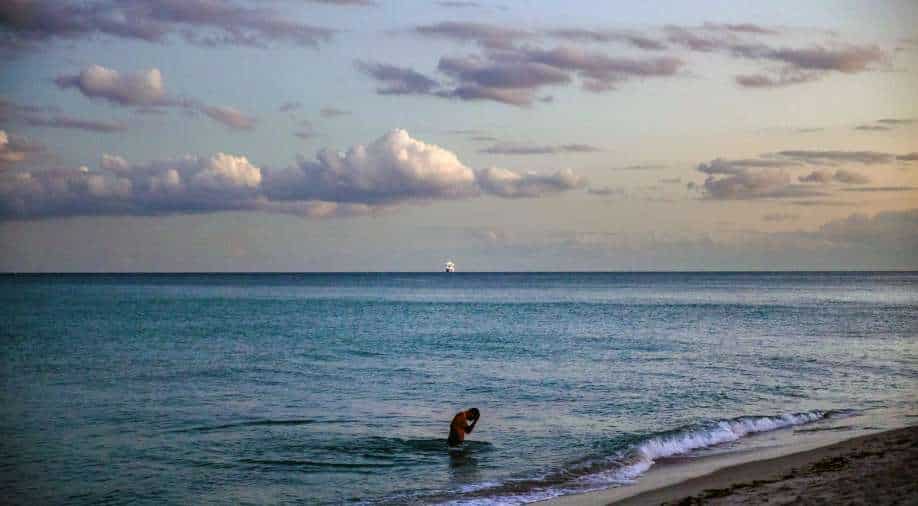 Savin’s support team initially said that he had died and that his “lifeless” body was found in the boat by Portuguese officials.

French adventurer Jean-Jacques Savin has disappeared while attempting to row solo across the Atlantic, according to a statement Sunday from the Portuguese navy, which said his boat was found overturned Saturday near the Azores.

Savin’s support team initially said that he had died and that his “lifeless” body was found in the boat by Portuguese officials.

But later Sunday the Portuguese navy said Savin’s boat had been found, but not his body. “The search for the man ended at the end of the day yesterday, without it being possible to find the victim,” the navy said in a statement. “One of the merchant ships collected a waterproof bag that contained the navigator’s identification documents.”

The navy also said that “a warning” remained in effect for ships sailing in the area to be “aware of the possibility of sighting the castaway.”

Savin, 75, activated distress beacons Thursday night and early Friday, according to the statement from his support team, which was posted on his Facebook page.

“For 24 hours, we were in a state of great anxiety,” the support team said in the earlier statement. “We were hoping for a glimmer of hope, and even for good news. Unfortunately, this time the ocean was stronger than our friend, who loved navigation and the sea so much.”

On Sunday evening, the team posted a statement from Manon Savin, Savin’s daughter, which said “To date we have no official confirmation from the Portuguese maritime authorities.”

Savin began his journey from southern Portugal on Jan. 2 and posted several updates on Facebook.

On Jan. 7, the sixth day of the voyage, he described the sea as “very strong” and said that it “felt like a roller coaster.” On Jan. 10, he had traveled about 163 miles, which he said was “a good start!”

On Jan. 19, Savin posted his last diary entry on Facebook.

“I’ve run into some problems in the last 10 or so days,” he wrote. “The solar collector (which should recharge the battery of my water desalination system) has stopped working. I have been forced to use my manual desalinator, but that takes all my physical energy.

He was heading to the Azores, the Portuguese archipelago, he said.

“There’s a beautiful marina with an airport next door,” he wrote. “Everything I need is there.

“Despite the current difficulties of strong swells and winds, it has become easier as the wind pushes me toward the archipelago,” he wrote, adding, “Despite it all, I will absolutely not give up!”

Savin, who turned 75 during this voyage, hailed from the oyster farming town of Arès, in southwestern France. He was a former military parachutist, pilot and park ranger in Africa who did not settle quietly into his golden years.

By the time he was 71, Savin had already sailed solo across the Atlantic four times.

In 2018, he crossed the Atlantic again, this time in an orange barrel-shaped capsule that he said he had built himself. A New York Times report described the capsule, which was about 10 feet long and 6 feet 8 inches wide, as “smaller than a pickup and held upright by a concrete ballast.”

He completed the journey in 127 days. In an interview afterward, Savin described his time at sea as “complete freedom.”

Though he was skilled, and was equipped with sophisticated navigation and communication tools, that voyage was not without its challenges, he conceded. “Twice, I almost collided with large ships,” he said.

But still, Savin found plenty of time to luxuriate in the opportunities the sea afforded him. He passed the time, he said, by reading, writing in his journal, swimming and diving beneath the barrel to catch fish.

“I had a lot of time to write my book,” he said. “I played a lot of bluegrass on my mandolin.”