Fraud is rare in US mail-in voting. Here's how it can be explained 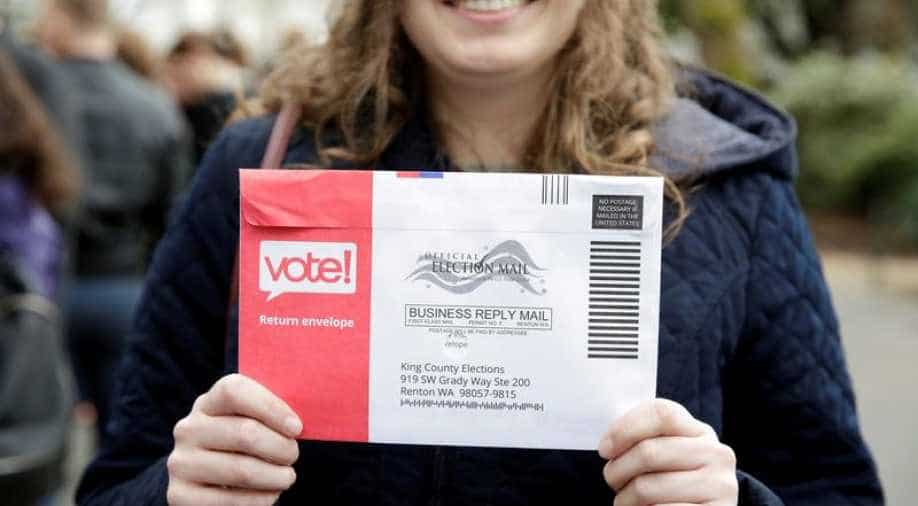 Mail in voting in the US Photograph:( Reuters )

Voting by mail is not new to the United States -- nearly 1 in 4 voters cast 2016 presidential ballots that way. Routine methods and the decentralised nature of US elections make it very hard to interfere with mailed ballots, experts say.

Election experts in the United States fail to see any reason to expect an increase in ballot fraud in November 3 presidential election, despite President Donald Trump’s repeated expressions of doubt on the mail-in voting system.

Voting by mail is not new to the United States -- nearly 1 in 4 voters cast 2016 presidential ballots that way. Routine methods and the decentralised nature of US elections make it very hard to interfere with mailed ballots, experts say.

Mail balloting can help minimise the long lines, faulty voting machines and COVID-19-induced staffing shortages that have plagued some elections this year -- though it has its own share of drawbacks.

Election experts say it would be nearly impossible for foreign actors to disrupt an election by mailing out fake ballots, a scenario floated by Attorney General William Barr.

For one thing, voters won’t just be selecting a president: They might be choosing candidates for city council, school board and weighing in on ballot initiatives. That can require hundreds of different ballot designs in a single county and the United States has more than 3,000 counties.

Ballots aren’t counted if they aren’t printed on the proper type of paper and don’t include specific technical markings.

States also require voters to sign the outside of their envelope, which they match to a signature on file.

Those envelopes are typically opened by a different group of workers than those who scan the ballots. Outside observers are allowed to monitor the process to ensure voter privacy.

The conservative Heritage Foundation, which has warned of the risks of mail voting, found 14 cases of attempted mail fraud out of roughly 15.5 million ballots cast in Oregon since that state started conducting elections by mail in 1998.

The most prominent cases of mail fraud have involved campaigns, not voters. North Carolina invalidated the results of a 2018 congressional election after state officials found that a Republican campaign operative had orchestrated a ballot fraud scheme.

Experts say those scenarios can be minimised by nixing requirements -- currently in place in 11 states -- which instruct voters to get at least one witness to sign their return envelopes.

Moreover, a Stanford University study found that participation increased by roughly 2 percentage points in three states that rolled out universal voting by mail from 1996 to 2018. It had no effect on partisan outcome and did not appear to give an advantage to any particular racial, economic or age group.

Like any other voting method, mail balloting has its drawbacks.

States rejected 1% of returned ballots in 2016 for arriving too late, missing signatures or other problems, according to EAC figures -- though that figure was as high as 5% in some states. It can be more difficult to fix errors on mail ballots than on those cast in person, experts say.

Mail ballots can pose additional barriers to those who don’t speak English or have disabilities, and delivery can be problematic on Native American reservations, where residents sometimes don’t have street addresses.