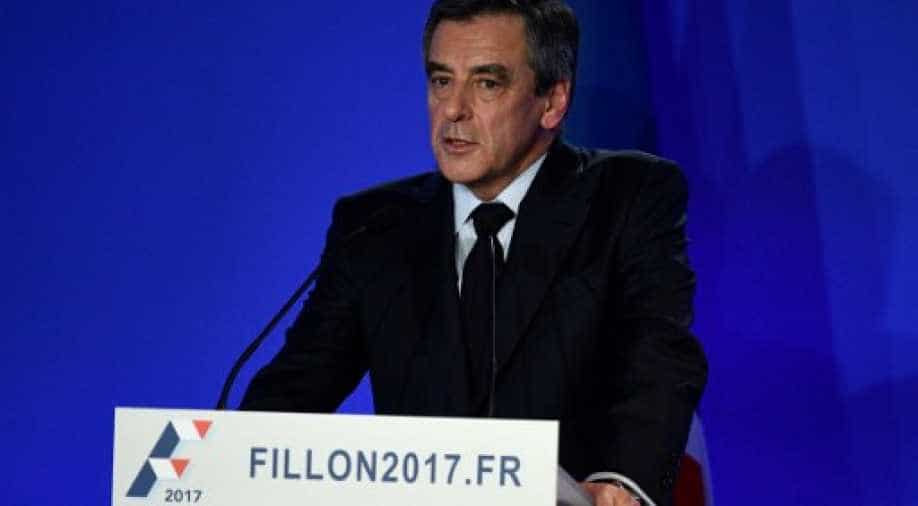 France's right-wing presidential candidate Francois Fillon apologised Monday over the fake job affair involving his wife, a controversy that has damaged his reputation and has crashed his ratings to an all-time low.

Fillon, who was the frontrunner for the French May 7 runoffs, sought to draw a line under the scandal, saying: "It was an error, I profoundly regret it and I apologise to the French people."

Fillon found himself in the storm of a controversy when it emerged that his British-born wife Penelope was paid over 800,000 euros ($860,000) for being his parliamentary aide.

The former prime minister, 62, said he had hired family members -- as allowed in France -- out of "trust" but recognised that such practises "create distrust nowadays".

Although Fillon says his wife was paid to manage his local meetings when he was a lawmaker, Penelope in an interview in 2007 said she had "never been actually his assistant or anything like that."

But the 62-year-old former prime minister rejected calls of his ouster, saying he wanted to turn a fresh page in his presidential bid.

"From tonight, I announce here that it's a new campaign that's starting."

"I am a candidate for the presidency to win it," he added.

France goes to the polls in April and May for a two-round presidential election.

Fillon, a devout Catholic who won the nomination of the Republicans party in November on a pledge to slash public spending, had been the frontrunner until two weeks ago.

Polls now show him possibly crashing out of the first round in April, likely leaving far-right candidate Marine Le Pen and rising star Emmanuel Macron, a centrist, to battle it out in May's runoff vote.