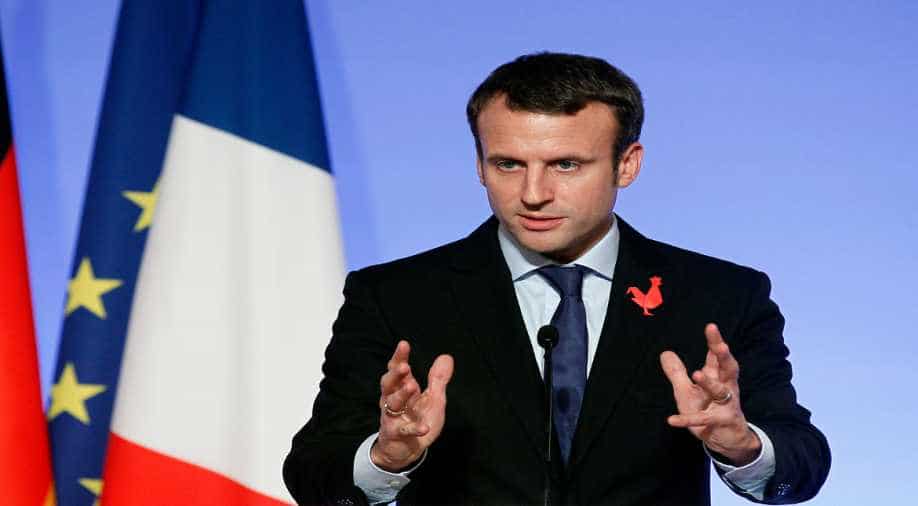 Macron launched last month his own "En Marche" party a year ahead of a presidential election has fueled speculation that he could be eying Elysee palace as the ratings of Hollande stay rock-bottom. Photograph:( Getty )

Follow Us
The European Union needs a new roadmap that should be devised in consultation with voters and then put to a referendum, France's Economy Minister Emmanuel Macron said today in comments that may further stir tensions with the ruling Socialist Party.

Macron's talk of a European-wide referendum goes beyond comments made by President Francois Hollande and Prime Minister Manuel Valls, who both said the EU needed to reinvent itself after Britons voted to leave the bloc but made no reference to a popular vote.

Macron said voters should be consulted through a series of debates that he called "democratic conventions".

"It must be done in the right framework," the minister added.

Macron, a former investment banker, is one of the embattled Socialist government`s most popular ministers among the public. But his launch last month of his own "En Marche" party a year ahead of a presidential election has fueled speculation that he could be eying the Elysee palace as the ratings of Hollande stay rock-bottom. He has said he would not run in the election.

Macron said a knee-jerk referendum must be avoided.

"The idea would not be to have 27 separate referendums," Macron said during the debate. "We've never had the courage to organise a true European referendum in its real sense. This next project must give it that strength."

In 2005, a proposed EU constitution was blocked by a referendum in France, due mostly to public opposition to an enlarged, free-marketeering Europe. Dutch voters also rejected the constitution in a separate referendum.