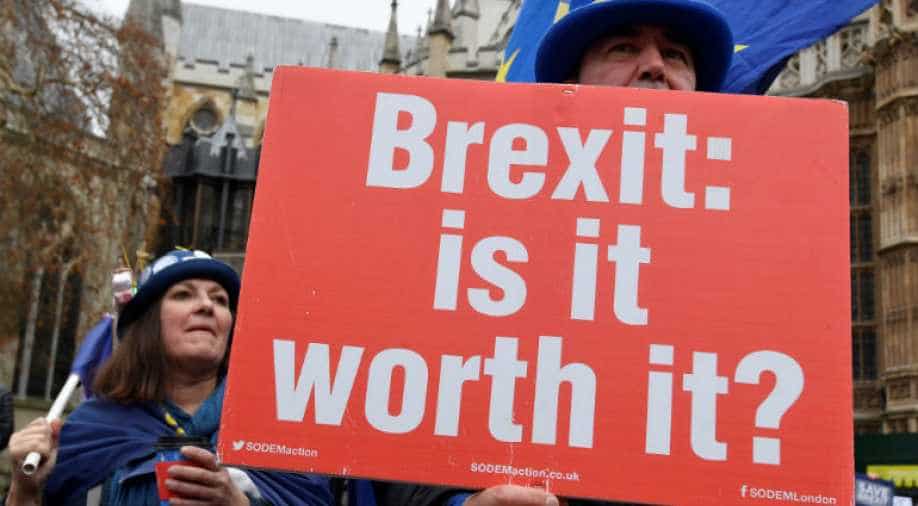 Some 30,000 French companies export to Britain, according to the French finance ministry, with goods worth some 31 billion euros ($35.4 billion) in 2017.

France is speeding up preparations for a "no deal" Brexit after the British parliament overwhelmingly rejected the agreement on the table, a French presidential source said Wednesday.

"The scenario we don't want is a no deal and the risks multiplied yesterday," the source said.

"The prime minister will meet tomorrow with the key ministers concerned to take stock of the preparations and accelerate them," the source added.

Ministers had already scheduled a meeting to decide on France's response to the result of the British parliamentary vote.

France has like other European nations been preparing for a scenario in which Britain crashes out of the EU with no divorce deal, and has already been recruiting extra customs agents to be deployed in Channel ports.

French employers' group MEDEF meanwhile called on the country's businesses to prepare for "the worst".

Some 30,000 French companies export to Britain, according to the French finance ministry, with goods worth some 31 billion euros ($35.4 billion) in 2017.

French lawmakers have since November been debating a bill dealing with the Brexit fallout, which would potentially empower the government to issue emergency decrees if needed.

France's Europe Minister Nathalie Loiseau said Wednesday that the EU could extend the deadline for Brexit beyond March 29 if Britain made such a request.

But she stressed that other EU nations considered the deal already on the table to be "the only one possible".

President Emmanuel Macron late Tuesday indicated there was a small chance of only very minor tweaks being made to the agreement.

"Maybe we'll make improvements on one or two things, but I don't really think so because we've reached the maximum of what we could do with the deal," he said.