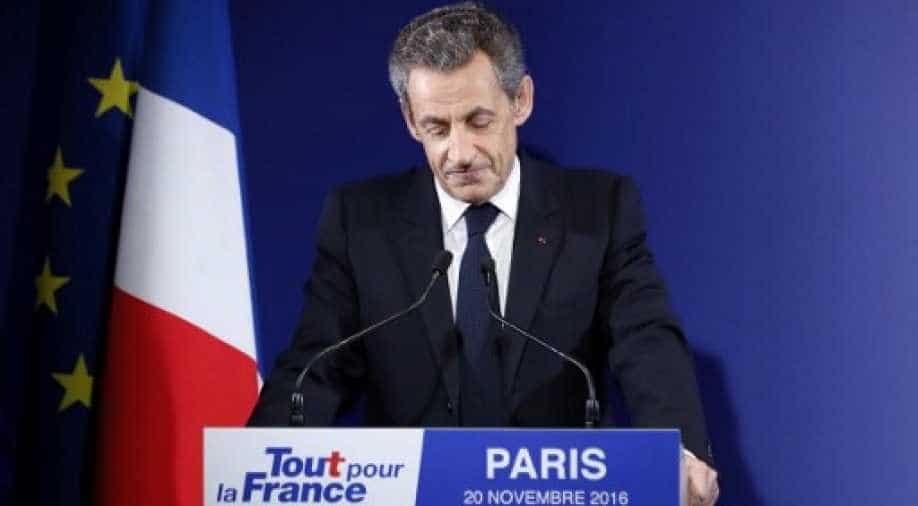 Alain Juppe came in second. He and Fillon will fight round two next Sunday. Photograph:( AFP )

Former president Nicolas Sarkozy has been knocked out of the French right-wing primary.

Sarkozy won just 23 per cent of the vote, four percentage points behind Juppe and 21 behind Fillon.

"I did not manage to convince the voters," Sarkozy said in a speech to supporters after he was beaten.

The top two candidates will contend in next Sunday's run-off.

The winner will take on Le Pen, as the governing socialist party has been roiled by infighting and incriminations.

After the defeat, Sarkozy announced he would support Fillon as his political choices were similar to his. Fillon served as prime minister under Sarkozy.

Sarkozy tried to bury the "bling-bling" image of his 2007-12 presidency by casting himself as a defender of the "down-and-outs against the elites".

His taste for the high life -- he is married to former top model Carla Bruni -- and failure to make good on many of his promises had relegated him to a one-term presidency after he lost to Socialist Francois Hollande in 2012.

In his comeback bid, Sarkozy did not shrink from controversy, sharpening his anti-immigrant rhetoric after the Bastille Day truck massacre in Nice that claimed 86 lives.

The son of a Hungarian immigrant drew a line in the sand by saying in September: "Once you become French, your ancestors are the Gauls."

The remarks appealed to the base of the Republicans party but alienated the moderate right and centre while appalling the left.