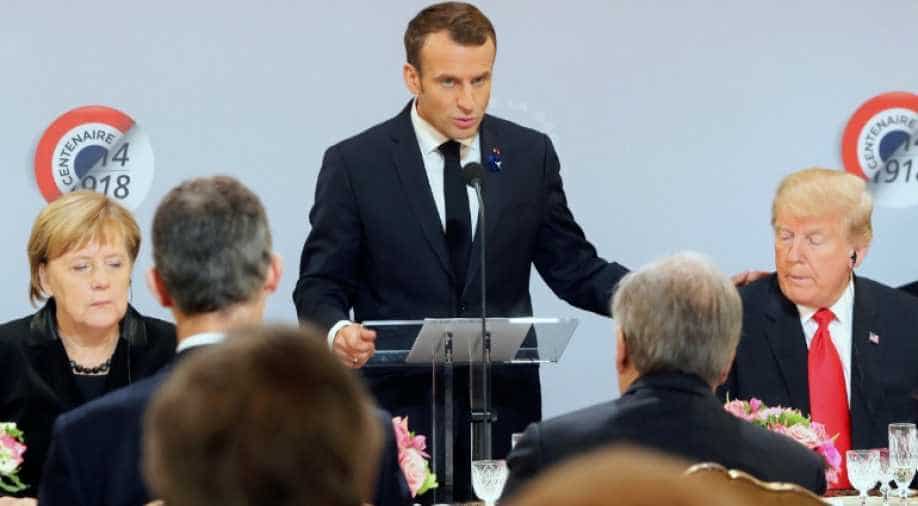 The announcement came after Tehran announced it had passed 4.5 per cent enrichment -- well above the 3.7 per cent limit outlined in the landmark 2015 nuclear agreement.

French President Emmanuel Macron's top diplomatic advisor will fly to Tehran in a bid to seek a "de-escalation" after Iran said it had breached its uranium enrichment cap, his office said Monday.

Emmanuel Bonne will be in Iran on Tuesday and Wednesday "to piece together a de-escalation (strategy), with the actions which need to be taken immediately before July 15," the statement said.

The announcement came after Tehran announced it had passed 4.5 per cent enrichment -- well above the 3.7 per cent limit outlined in the landmark 2015 nuclear agreement.

Macron had on Saturday held an hour-long conversation with his Iranian counterpart Hassan Rouhani in which he said he wanted to "explore the conditions for a resumption of dialogue between all parties".

He suggested that be done by July 15.

The 2015 deal between Iran and six world powers -- Britain, China, France, Germany, the United States and Russia -- saw Tehran agreeing to drastically scale back its nuclear programme in exchange for sanctions relief.

But Washington abandoned the deal last year, reimposing sanctions in August 2018 which have targeted crucial oil exports and the banking system, fuelling a deep recession.

The European Union said it was "extremely concerned" by Iran's announcement, urging it to "reverse all activities" inconsistent with its commitments under the deal.