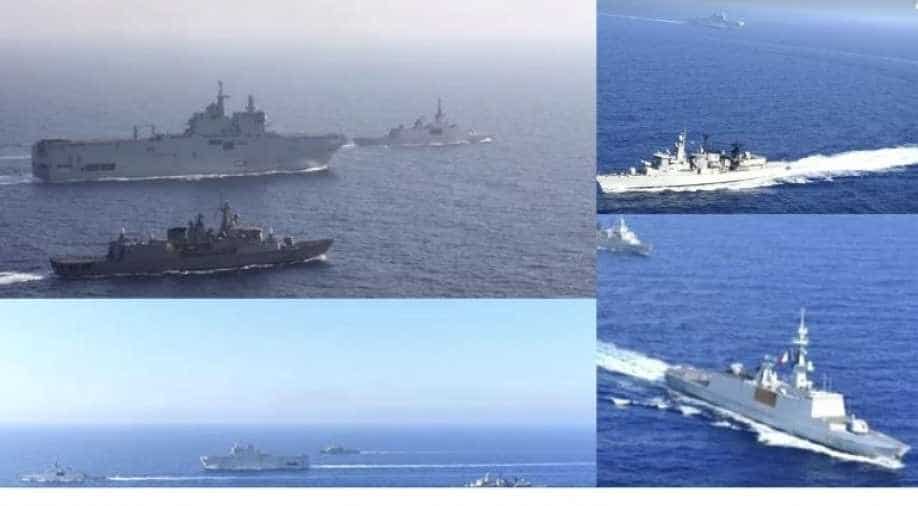 Relations between France and Turkey have deteriorated ever since Paris accused Ankara of violating the sovereignty of Greece and Cyprus.

France on Thursday conducted military exercise with Greece off Crete even as it said that it was "temporarily reinforcing" military presence in the eastern Mediterranean Sea.

French Rafale jets are due to arrive in Crete after finishing military exercise in Cyprus. Earlier, the Tonnerre (Thunder) helicopter along with La Fayette frigate had taken part in a military exercise with Greek forces.

The relations between France and Turkey have deteriorated ever since Paris accused Ankara of violating the sovereignty of Greece and Cyprus. According to reports, Greek Prime Minister Kyriakos Mitsotakis called up President Macron to discuss the situation in the region on Wednesday.

After the call, Mitsotakis in a tweet said: "Emmanuel Macron is a true friend of Greece and a fervent defender of European values and international law." Mitsotakis had earlier said that the "risk of an accident lurks when so many military assets are gathered in such a contained area."

Greece and Turkey have been squabbling over hydrocarbon resources in the Mediterranean as both countries lay claim to the area. France had earlier criticised "aggressive" action by Turkish ships against a French vessel participating in a NATO mission in the Mediterranean.

Amid the undercurrent of tension in the area, Turkey had sent the research ship Oruc Reis along with naval ships off the Greek island of Kastellorizo promoting Greek Foreign Minister Nikos Dendias to ask Turkey to remove the ship even as deployed warships to monitor the vessel.